AMUST:  What is your view on the approach some political parties take on targeting Muslims and other minorities.

RDN: Well there’s no question that Islamophobia is on the rise. Muslims are an easy target and that the political parties of different persuasions attack Muslims because they see political advantage in doing it.

It’s not just in Australia – although in Australia there’s been a significant shift. I mean One Nation represents obviously the focus of that and you only need to look at Pauline Hanson’s first speech which was disgraceful – where the Greens stood up as a team and walked out as a show of our disgust with those comments.

I see politicians, Peter Dutton for example, criticising Lebanese Muslims and saying that it was a mistake “to let in” Lebanese Muslims. What I hear is not just an attack on Muslims but an attack on people like my family and the many immigrants from right around the world that have settled here.

Those of us who value multiculturalism and believe that we’re a better country because of the contribution of Muslims and many other faiths cultures need to take the stand and so that’s why we’ve continually been a strong voice in support of Australian Muslims.

AMUST: Regarding refugees, how do you balance the human rights aspect which you seem to focus on with the idea of protecting Australian borders and the risks that refugees take in crossing the seas to get here.

RDN: This is it’s a very difficult and complex area but our response is one that is guided by compassion and decency towards fellow human beings. People often talk about protecting Australia’s borders but what are we protecting them from? I mean we have people who are fleeing persecution and torture, who are coming here seeking our help.

Refugees are not a threat. In fact refugees have made a huge contribution over many, many generations to the Australian community. The language of border protection is intentionally designed to try and create a sense that somehow we have something to fear when the reality is the complete opposite – that we can enrich the country and improve the lives of our fellow human beings by showing more compassion and decency.

If (the loss of life) is the concern, and of course we are all concerned about that, then we have to direct resources in those areas that refugees are coming from to ensure that there have an opportunity to be processed – where there’s an ability through the UNHCR assess people’s refugee status and to bring people to Australia.  If that’s the concern that should be the response.

The reality is for most people who argue against what the Greens are saying, their concern is not driven by compassion or humanity or a concern about the welfare of refugees.

In fact when this first become a big political issue with Tampa, the government at the time wasn’t talking about concern for the welfare of those people – in fact it was doing the opposite. It was implying that they were prepared to throw their children overboard.

John Howard’s famous cry “we will decide who comes and the circumstances in which they come” wasn’t born out of compassion or concern.

So there’s a bit of a rewriting of history here.

I think that many people who continue to advocate for indefinite detention and for the cruelty that that is our refugee policy right now are not driven by those concerns.

If they were they’d be putting in place a number of policies like a greater investment in the UNHCR process and increasing the humanitarian intake.

The Greens want to see a doubling, at least, of our humanitarian intake – that’s what you’d be doing if you were concerned about the welfare of refugees.

AMUST: Muslims tend to see the Greens as faithful allies however they see a conflict of values when it comes to LGBTI and the current issue of voluntary euthanasia. How do you counter that amongst the Muslim supporters?

RDN: Well, I think firstly I would say that Muslims, like any other religion, are not a monolithic group. They don’t all share exactly the same beliefs and I have met Muslims who do support LGBTI equality and who do support the choice of people being able to choose the terms on which they die.

The second thing is we fight for the rights of minority groups whether that be on the basis of sexuality or on the basis of ethnicity, culture or religion and we say that is a universal proposition that we should be supporting individuals who are discriminated against no matter what the reason for that discrimination whether that be gender sexuality religion, race, culture and disability.

AMUST: Why should Muslims vote for the Greens?

RDN: Firstly, because we’re a party that values the contribution of the Muslim community. We’re very proud supporters of multicultural Australia. We think that Muslim Australians have made an enormous contribution to the Australian community and will always be strong allies.

We are also a party that believes in the notions of equality between people, economic equality and equality on the basis of religion, race, ethnicity and agenda.

Also a recurrent theme in the Qur’an is the notion of equality between people.

I’d also say that if you want to see more accountability and transparency in politics, the Greens is a party that is there to ensure that whoever governs is accountable to the community, acts in a way that’s transparent and aims “to keep the bastards honest.” 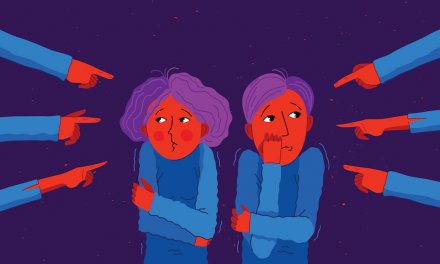