A vision for Australia beyond its borders Dr Mehreen Faruqui, the newly elected Greens Senator in the Australian Federal Parliament reflects on her maiden speech given on Tuesday 21 August 2018 as the hundredth woman and the first Muslim to sit in the chamber.

When I gave my first speech to the Australian Senate on Tuesday evening as a Greens Senator, the hundredth woman and the first Muslim woman to sit in that chamber, I said that “People are right to say we need big, bold, fearless ideas”.

We face wicked problems that demand radical solutions. We must reject simplistic solutions and tackle the root causes.

Children are dying in offshore camps, young people are juggling multiple jobs just to survive, and our environment remains on the brink of irreversible damage. We are a rich country but so many are being left behind.

We can make sure wealth isn’t concentrated in the deep pockets of the rich.

We can give each child and young person the promise of free education.

We can make sure that the sick and elderly get the care they deserve.

I know that creating change is risky business. But the risk of challenging entrenched norms and values is well worth the reward – a more caring, kind and compassionate world.

We need a vision of Australia’s future – a vision for all of us.

I see an Australia that looks beyond its borders, not as a nation hungry for resources and cheap goods, not as a nation suspicious or fearful of others, not as an ally of a war machine, but as a friend of people who are fighting oppression, marginalisation and injustices wherever they may be.

I see an unashamedly feminist country where the patriarchy is dismantled, where access to abortion is unambiguously legal, where the safety of women is of the utmost importance and violence against women is confronted as the crisis it is.

An Australia where the fruit of our labour is enjoyed, not exploited – where workers have power, unions are strong and no one has to work four jobs just to make ends meet.

We cannot fiddle around the edges and somehow hope the tide will turn.

We can build a future for each and every one of us. No matter where we come from. No matter the colour of our skin, our religion, our gender or sexuality, our bank balance or our postcode.

Being a Senator gives us the immense privilege of having a platform, and I intend to use it, just like my colleagues in the Greens, to speak out against injustice and amplify voices that seek justice, whoever or wherever they are.

I hope to do you proud as a Senator. 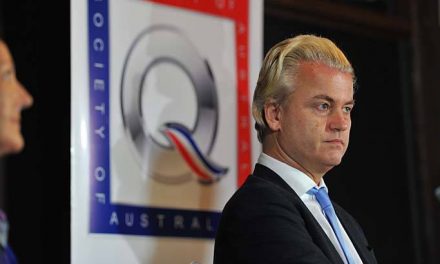