Many decades ago, the Islamic scholar Said Nursi, in his critique of Western civilisation, pointed to its two inherent characteristics:  extreme individualism and ‘appalling inequality in the means of livelihood.’

It was, he wrote, the departure of Western civilisation from the revelation of religion that it had degenerated into a society which was subjected to terrible upheavals in the twentieth century.

The cause of these upheavals could be described in two phrases:

“One is “So long as I’m full, what is it to me if others dies of hunger,” and the other, “You struggle and labour so that I can live in ease and comfort.”

He asserts that if they are to be eradicated, it will be through applying the Qur’anic injunction of alms-giving and prohibition on usury and interest.

Because Western civilisation had become distant from true Christianity and was based not on principles of revealed religion, but on those of Greek and primarily Roman philosophy, he predicted it would eventually “be dispersed” and “change its form,” and make way for the emergence of Islamic civilisation.

Peter Whiteford, a Professor in the Crawford School of Public Policy at the Australian National University remarked: “As the IMF reported in its Fiscal Monitor for 2017, “Australia is among countries with the highest growth in income inequality in the world over the past thirty years.” [5 July 2018 Inside Story]

Andrew Leigh, the author of Battlers and Billionaires: The Story of Inequality in Australia, and Shadow Assistant Treasurer, points to evidence of the growing social gap.

While retail in general is in trouble, due to stagnant incomes, “luxury retailing in Australia has surged.”

He also mentions a Salvation Army survey of disadvantaged clients who rely on its services.

It found two-fifths of families couldn’t afford to feed their children properly. [15 June 2018 Inside Story].

The reluctance of the conservative political parties to tax their major contributors may be related to the attempts by conservatives to ‘budget repair’ at the expense of the disadvantaged.

Failure to address this ‘appalling inequality in the means of livelihood,’ will have a dangerous response.

Nursi writes: “Through urging the wealthy classes to act in a cruel, oppressive, and arrogant manner toward the poor, the first phrase (“So long as I’m full, what is it to me if others dies of hunger,”) has been the cause of such sedition and strife that it has come close to overturning humanity. And the second phrase, (“You struggle and labour so that I can live in ease and comfort”) through driving the poor to harbour hatred and envy toward the rich, has for several centuries destroyed public order and security, and this century, due to the struggle between capital and labour, has given rise to disaster and disorder on a vast scale.”

Unless our political leaders heed the dangers of this growing inequality, there is a very rocky road ahead. 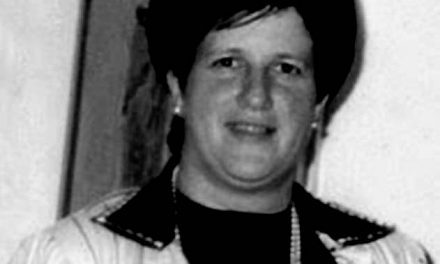