In an increasingly polarised world, it is important to highlight Muslim achievements in various areas of scientific endeavour and their role in the European Renaissance.

In 2006, Professor Sebastian Günther* explained that “Insufficient awareness of the educational achievements of the past bears the risk of not recognizing what is genuine progress in the field of education and what is mere repetition.”

Gunther further explains that Western researchers on education often neglect “theories, philosophies, and intellectual movements originating from cultures and civilizations other than the occidental one”. This makes highlighting such thought a matter of critical importance.

Ibn Sahnun was born in Kairouan in Tunisia to a reputable and religious family. His father Sahnun was a jurist known for his piety, justice, and investment in the education of both his son and daughter.

Ibn Sahnun was primarily educated in Kairouan under the keen eye of his father, who is known to have said; “Teach my son by praising him (appreciating) and speaking softly to him. He is not the type of person that should be trained under punishment or abuse. I hope that my son will be unique and rare among his companions and peers. I want him to emulate me in the seeking of knowledge.”*

In his early thirties, Ibn Sahnun embarked on a pilgrimage and journey of learning in Egypt and Hejaz (Saudi Arabia).

He is credited with setting out the first framework for the development of an educational curriculum in a book called Kitab Adab al-Mu’alimin (The Book of Teachers’ Ethics) or “Rules of conduct for teachers”.

One might think of this work as the first iteration of a “teacher’s manual” or “handbook” because it dealt with administrative, ethical and professional issues.

In describing this work, Günther notes that it “provides us with an idea of the beginnings of educational theory and curriculum development in Islam while at the same time showing that certain problems relating to the ninth century continue to concern us today.”

Günther further notes that this 1000 year old work deals with “aspects of the curriculum and examinations to practical legal advice in such matters as the appointment and payment of the teacher, the organization of teaching and the teacher’s work with the pupils at school, the supervision of pupils at school and the teacher’s responsibilities when the pupils are on their way home, the just treatment of pupils (including, e.g., how to handle trouble between pupils), classroom and teaching equipment, and the pupils’ graduation.”

* Sebastian Günther, 2006, ‘Be Masters in That You Teach and Continue to Learn: Medieval Muslim Thinkers on Educational Theory,’ Comparative Education Review 50, no. 3
*Translated by Sha’ban Muftah Ismail, 1995, ‘Muhammad Ibn Sahnun: An Educationalist and Faqih,’ Muslim Education Quarterly 12, no. 4 Eid al-Fitra and the Development of Human Spirituality 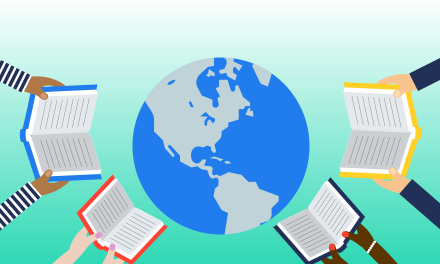