By 1983, Australian Tony Rinaudo had already spent 3 years in the southern fringes of the Sahara Desert helping poor and famine plagued communities develop sustainable agriculture. Tony was also, by his efforts and his voice, spreading the word of God.

During that time in Africa, this unassuming man of faith was facing suspicion and hostility in many quarters and, in addition, his ‘day job’ of replanting forestry had all too frequently ended in failure.

Many of us, if we are honest, wouldn’t have made it past the first month. During that period however, something remarkable occurred as Tony experienced a literal, roadside revelation that has subsequently impacted millions of people across Africa and parts of Asia.

The revelation being that, when it came to parched land reforestation, regeneration was actually the key and not replanting.

He found that many of the trees were simply dormant beneath the ground, their vast root systems still alive – in some cases a century or more after the trees had disappeared.

The method to regenerate worked and more than just worked it could have a global impact.

Fast forward 35 years later and Tony’s Farmer Managed Natural Regeneration (FMNR)  has built upon that revelation and is now an arm of  World Vision having undertaken work in 24 countries across Africa and  Asia.

It has also developed 3 regional support offices and is a technical implementation partner within the  African Forest Landscape Restoration Initiative.

FMNR is also on the cusp of being a real global offering representing” a low cost, sustainable land restoration technique that combats poverty and hunger amongst poor subsistence farmers in developing countries and creates resilience to climate extremes”: http://fmnrhub.com.au/.

Its potential for thought leadership is as significant as its achievements to date.

Something else is also being revealed, and that is the contribution FMNR may have to the multi-faith approach to climate change, operating as FMNR does in multi-faith communities and regions.

To explain: the more immediate consequences of climate change are and will be, experienced in the regions of the world extending from just North of the tropic of cancer through to the tropic of Capricorn. A region where FMNR can assist the most.

The cruellest irony is that this broad band encompasses most of the developing, and economically poorer parts of our world and affects peoples of all faiths and of no faith.

This ‘middle band’ of the planet is also home to populations identifying as being of the Islamic traditions, some 1.84 billion people, or 75% of the middle band.

Islam and Christianity do not differentiate as to faith when it comes to the issues of the developing world, particularly where it comes to issues of sustainability and/ or climate abatement.

This is reflected in what World Vision International President and CEO Kevin Jenkins said in World Visions 2016 Annual Report:

“Addressing hunger is a moral imperative for major faith traditions, (…) faith leaders and community; including Christians, Muslims and other faiths, are highly committed to responding to the needs in their midst”.

For Catholics, Pope Francis’ Encyclical sets out Catholic belief in the sanctity of the planet.

Indeed the similarities between His Holiness the Popes 2015  Encyclical on Climate Change and the Declaration at the International Islamic Climate Change Symposium in Istanbul in the same year  represent a call to arms in respect of climate abatement: we are custodians of the planet, our obligation is the welfare of the planet and all living things on it.

The Encyclical references Romans and Genesis:

“This is why the earth herself, burdened and laid waste, is among the most abandoned and maltreated of our poor; she “groans in travail” (Rom 8:22). We have forgotten that we ourselves are dust of the earth (cf. Gen 2:7); our very bodies are made up of her elements, we breathe her air and we receive life and refreshment from her water.”

In a similar vein the preservation of the planet’s health and the sustainability of the environment runs through the Quran and the Hadiths respectively:

“We recognize the corruption (fasād) that humans have caused on the Earth due to our relentless pursuit of economic growth and consumption. Its consequences have included Soil erosion, deforestation and desertification” also: “The world is sweet and verdant. [you are ] stewards in it, and He sees how you acquit yourselves.” (Hadīth).

What Tony Rinaudo has done is not to just  regenerate  forestry and  given communities a fighting chance he has highlighted the fact that in times of global crisis we are all God’s children  and our faiths bind us to the challenge more than it divides: 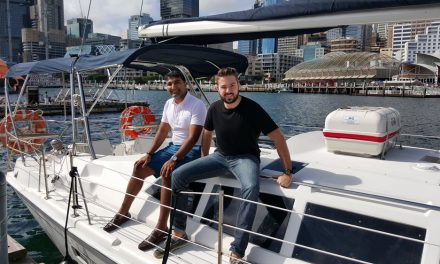 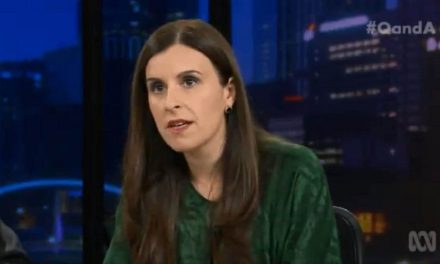 A healthy marriage begins before the marriage