Dr Irfan Ahmad Khan, an international figure in Islamic and interfaith circles passed away on Monday 3 April 2018 in Chicago, USA at the age of 86.  The funeral prayers were held the next day attended by hundreds of people of all faiths who were touched by his charming personality.

My brother-in-law, Usaid Khalil who was in the US at the time attending ICNA annual convention, managed to reach Chicago to visit his family the next day and conveyed the condolences of our family and friends from down under.

He lived passionately by the Quran, learning, understanding, explaining, teaching, writing and propagating its universal message.

He was born in 1931 at Saharanpur, UP, India and was educated and taught Philosophy at the Aligarh Muslim University. He belonged to the younger breed of Western educated Jamaat-e-Islami members like Dr Zainul Abedin, Professor Nejatullah Siddiqui and Dr Qazi Ashfaq Ahmad who attended Sanvi Darsgah in Rampur to study Islam after India gained independence.

In 1974 he moved to USA, residing in Chicago and completed a Masters degree followed by PhD in Philosophy from the University of Illinois and taught philosophy at various institutions in the country.

Long before 9/11, he initiated interfaith dialogue and understanding between people of diverse faiths. He was founder and president of the World Council of Muslims for Interfaith Relations, an emeritus board member of the Parliament of the World’s Religions, founding president of the Interreligious Engagement Project for the 21st Century and director of the Association for Quranic Understanding.

He was one of the closest colleague of my father, Dr Qazi Ashfaq Ahmad amongst members of Jamaat-e-Islami together with Dr Zainul Abedin and Professor Nejatullah Siddiqui.

Always on his toes, mobile, humble man, formally dressed in his sherwani and topi, he attended a number of conferences and conducted courses sometimes with Abbu in India, USA, UK, Malaysia and Australia and pushing Abbu’s wheelchair from venue to venue himself, an act that was highly appreciated by Abbu. I have vague childhood memories of him during the early fifties in Aligarh. But my first formal encounter with him was in 1970 when I joined Aligarh Muslim University after moving from Kashmir at the age of 17.

He had a long two hour discussion with me and emphasised the responsibility of learning Quran and thus Islam and being an Islamic activist in addition to excel in formal university studies.

Since then I considered him as my mentor and after moving to Australia in 1971, I constantly kept in touch with him and met him at various occasions.

In 1981 I attended the annual convention of MSA of US & Canada in Indiana where the organisation was transformed into Islamic Society of North America (ISNA) while representing Australian Federation of Muslim Students’ Association (AFMSA) in my capacity as its External Secretary.

I met Irfan Saheb at the conference and later together with other overseas guests visited other US cities as well as Chicago. I remember sitting in a reconciliation meeting between two groups passionately divided on the issue of Ramadan and Eid dates, chaired by  Maulana Yusuf, Ameer of Jamat-e-Islami Hind.

Amongst heated discussions, Irfan Saheb sensibly commented, “we are the people of Islamic movement and we have many more important challenges to face that get bogged down on moon-sighting.” This was Irfan Saheb at his best with his cool mind and approach to problem solving and dispute resolution. I toured US again in 1992 together with my family travelling all over US and Canada in a seven bed motorhome. I visited numerous Islamic centres, mosques, family and friends arriving at intimated specific times to various destinations in our motor home.

I informed in writing to Irfan Saheb of my visit to his home in Chicago a day before Eidul Adha, but he forgot to inform his family. His house was full of wedding guests since his son was getting married next day after the Eid prayers. This made Mrs Irfan to panic a little as to where we all would stay.

After dinner with his family, Irfan Saheb suggested that rather than going to a motor home park at late night, we park our big camper at the small carpark at Muslim Community Centre MCC that suited us well.

Irfan Saheb knocked at 2 am at our motor home and asked me to come with  him to do some grocery shopping and take the wedding dress for the bride to a colleague’s home where the bride was staying. He explained on the way that the bride was in fact a revert from Sikh religion and her family was trying all they could to stop this wedding against her will.

The wedding took place peacefully at MCC next day after Eid prayers and we had the opportunity to meet a large number of Irfan Saheb’s family, friends, Islamic  and interfaith colleagues, Afro-American friends particularly women.

We stayed in Chicago for the next four days where Irfan Saheb organised our motor home to be parked and connected at Islamic College of Chicago. He kept visiting us daily and I learned of his people-skills and capacity to organise and make logistical arrangements for any tasks most successfully.

Irfan Saheb visited us here in Sydney in 2004 invited by Abbu to conduct a two week course in the study of Quran. He lived with us and used to go daily on morning walks holding my hands to the surprise and giggles of my daughters.

Irfan Saheb was a lovely man, a true humanitarian, highly approachable by young and old, men or women of any faith or no faith. May he rest in peace and may Allah reward him for the great services he rendered during his lifetime.

The following are the selected  two messages I received from him, one for his passion for teaching and learning of Quran and the other in response to the publication of AMUST that he regularly received from me.

I am  trying to network the Qur’anic scholars globally.

If Muslim people will come back to the Arabic Qur’an, they will regain the leadership of humankind.

Understanding the Book in changing situations, with our growing abilities, through direct touch with the arabic text  afresh.

Your father has written a book which I also want to publish!

I make du’a that Allah helps you in making further progress in serving humankind in general and Australia in particular and develop even better communication within and without your own community! 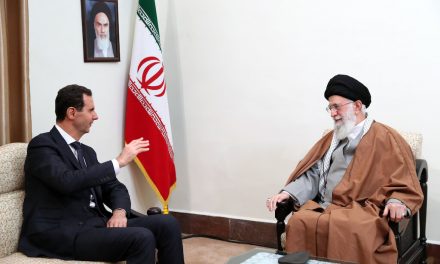