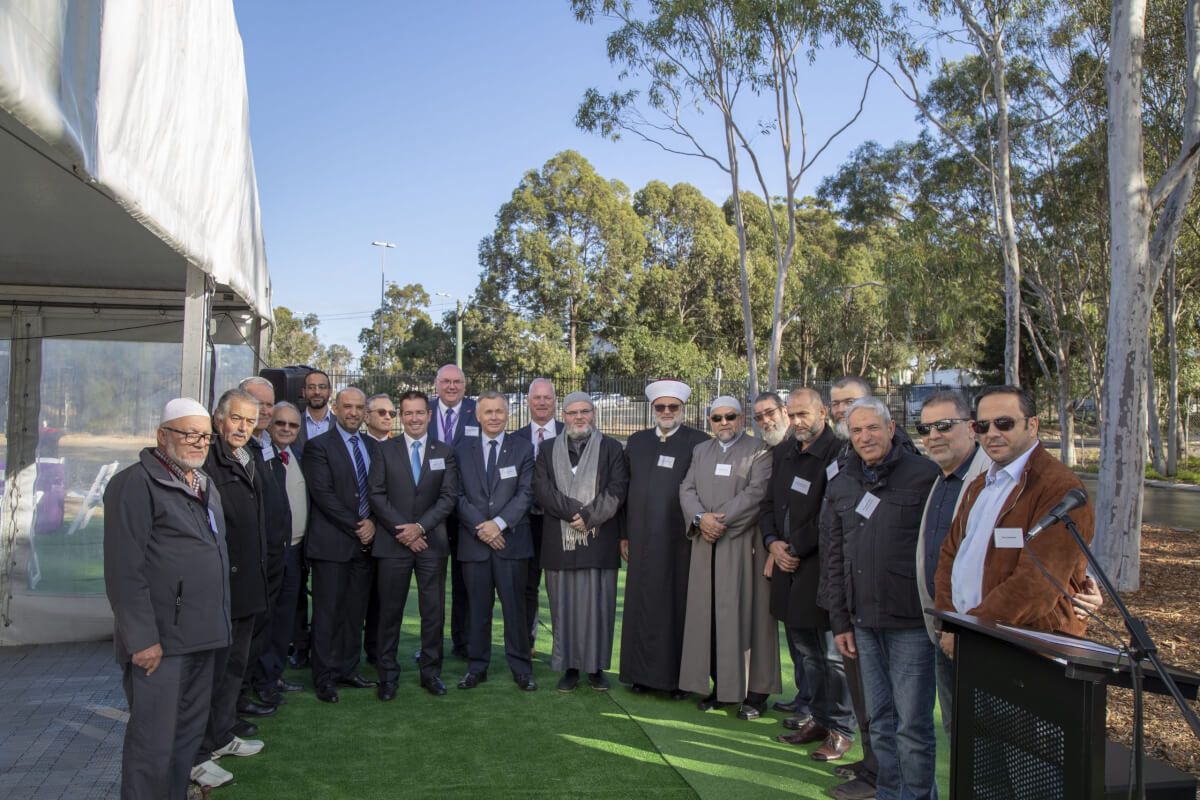 The consecration of thousands of new plots at Rookwood Cemetery will help address the serious shortage of burial land for Sydney’s Muslim community.

Muslims have been laid to rest at Rookwood since the mid-twentieth century, but the lack of available land has become an increasingly contentious issue.

For the formal consecration of 2,000 new allotments, the whole community was represented in the Muslim tradition by Khaled Alameddine from the Lebanese Muslim Association (LMA) and Sheik Yahya Safi at 8.30am on Wednesday 16 May. The additional burial space will provide a short term solution for the Muslim community who can continue to bury loved ones at Rookwood for another eight to ten years.

The land was initially provided by the former Department of Primary Industries, who allocated 6,700 burial spaces at Rookwood to the Jewish and Muslim faiths in 2013. This was a good short-term solution, but the Muslim community have since used half their allocated space. George Simpson, CEO of RGCRT confirmed, “For religious and cultural reasons, burial is the only option for members of the Muslim and Jewish communities. We are now carrying out over 400 Muslim interments per year.

This has made the availability of burial space a growing issue and land for the Muslim community is expected to be exhausted within 8-10 years.  It was vitally important to RGCRT that we work closely with the leaders of these two communities to facilitate an outcome which provides distinct interment grounds to meet their end-of-life values.

“RGCRT is currently seeking to find a new property to address the shortage, however in the meantime we are pleased to have been able to work with the Muslim and Jewish communities to assess their needs and reallocate space to suit their requirements.”

The consecration was attended by the Honourable Paul Toole, Minister for Lands, Forestry and Racing, and dignitaries from the Muslim and Jewish communities. Islamic calligraphy competition at Gallery One62