Home truths or fictional tales: the Iran deal hanging by a tread Hovering over a PowerPoint presentation slide, Prime Minister Benjamin Netanyahu projected his voice firmly to the camera; on an issue he never seems to lose passion on.

Yet, what exactly was the point of this presentation when it seems most experts already believe his findings to be true.

Commentator Jennifer Rubin of the Washington Post said this was well-known by the West, that fears the Iranian government has long been developing a nuclear bomb.

She said, “the international community, when it entered into the deal, knew Iran lied and knew it had previously pursued a weapons program.”

However, the Israeli leader recently declared that his government has been able to uncover 100,000 Iranian documents proving the country has covered up its nuclear weapons program before signing the 2015 Joint Comprehensive Plan of Action.

According to this deal, Iran agreed to freeze its nuclear program and ensure compliance with UN inspectors in exchange for the removal of international sanctions. Yet, according to the documents which the Prime Minister has obtained, Iran has been continuing to pursue a nuclear weapons expansion program.

US President Donald Trump has candidly supported these warring cries, calling the deal an “embarrassment” and “the worst deal ever made”.

The two leaders have been in close discussion over the issue with newly-instated US Secretary of State Mike Pompeo visiting the Israeli city of Tel Aviv.

The United States has yet to decide whether it will withdraw from the 2015 deal or impose new conditions.

Some analysts have interpreted the rationale behind Prime Minister Netanyahu’s presentation as a means of swaying President Trump’s decision before the May 12th deadline.

These comments have been countered by the UN’s nuclear weapons watchdog, the International Atomic Energy Agency (IAEA) that says it has “no credible” evidence that Iran was working on developing a nuclear “explosive device”.

According to the agency, the matter based on the director-general’s report declared the issue to be “closed”.

Iran has always insisted its atomic program was for civilian purposes, dismissing the claims as propaganda; denying all accusations and suspicious. 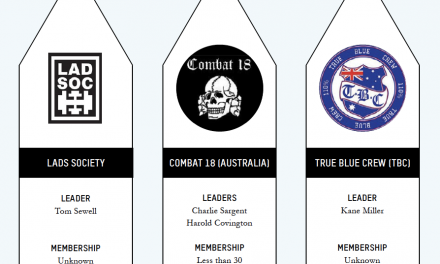