The Palm Sunday rally and march in Sydney for 2018 saw a huge turnout of over 3,500 supporters. The event was held in all capital cities of Australia as well as many country towns.

In Sydney everyone met up at Belmore Park near Central Railway and after some ground-breaking speeches proceeded to march up Broadway.

There were many important speakers at the rally who pointed out the difficulties faced by those imprisoned at Nauru and Manus Island.

The Rev Simon Hansford, a Uniting Church moderator, spoke in clear terms of how everyone at the rally was the voice of the incarcerated refugees and asylum seekers.

“They should know that they are not alone. We are their voices and will remain their allies until the current situation changes.” He ended with the chant: “Refugees are welcome here!” Speakers from the Stand.

Imogen Szumer from the Refugee Action Coalition reminded us of the reasons why we were at the rally and why we keep coming back.

“Let me remind you of the human cost of this racist border protection policy in only one year since our last Palm Sunday Rally – On Good Friday 2017, drunken PNG soldiers fired shots into the Manus detention centre; There have been tragic, preventable deaths on Manus Island: Hamed, whose deteriorating mental state the Border force was aware of for more than a year, and of Rajeev, who was supposed to be receiving medical treatment in hospital where he died,” Imogen said.

Adding more bad news she said “The fact that this government refused to allow three pregnant women on Nauru to come to Australia for an abortion; the siege on Manus to try and force men there to move to still-under-construction facilities with little to no security, and little food, water or medical treatment, before being brutally removed by police; and just this month being ordered to bring two refugee children on Nauru to Australia for medical treatment because they were suicide risks!” ‘Jews for Refugees’ at Sydney Rally.

“With every new signatory on the TPNW, the international norm against nuclear aggression will strengthen. The weapon will lose its status and it will be harder for nuclear programs to secure resources for modernization and maintenance.

Countries that claim dependence on extended nuclear deterrence, like Australia, will experience increasing pressure to sign on and choose a non-nuclear defence posture,” she said.

Before packing up for the march to the University of Sydney, other speakers added their voices to the cause: The government is constantly trying to whip up fear about refugees as well as finding new targets such as African migrants.

Marching from Belmore Park down Broadway to Victoria Park.

Whilst only 230 refugees have been accepted under the US resettlement scheme, over 1,500 refugees languish in Manus and Nauru in very cruel conditions. The government and citizens of Australia need to take responsibility for the refugees on Nauru and Manis Island and to welcome them with open arms. Refugees are welcome here!

There were many groups with their banners indicating their support. Grandmothers for Refugees looked wonderful in their purple outfits. Different unions proudly displayed their feelings. And the Jews for Refugees banner indicated a strong solidarity stance for the cause of the day.

Broadway was filled with supporters chanting support for refugees and the crowds along the way showed many thumbs up. And so the rally ended at Victoria Park on a beautiful sunny day. But things were still grim at Nauru and Manus Island.

View some of the other speeches from Sunday: https://www.youtube.com/watch?v=yIRqSl-tlu8 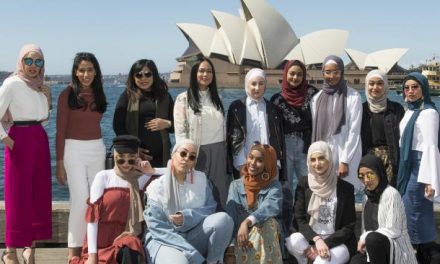 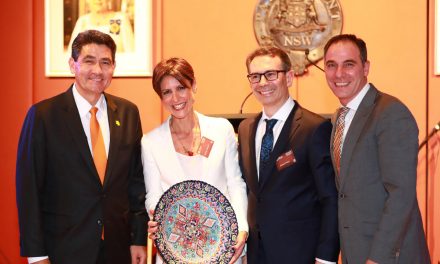