The Sultans of the Hearts: The moral psychology

The Sultans of the Hearts: The moral psychology of Abu Talib al-Makki and Imam al-Muhasibi, was the topic of the presentation by Aftab Malik at an event hosted by Mīzān Avenue on Saturday 24 March 2018 in Yagoona, Sydney.

In this back to basics lecture, Aftab examined the central role of patience in the believer’s arsenal as an active, not passive force for good, and how that developed as a basis for self-refinement.

In his talk, Aftab referenced the following hadith when trying to highlight how the knowledge of Islam tends to be partially understood.

Umm Salamah narrated that the Prophet (s) said: “There is no Muslim that is afflicted with a calamity, and he says what Allah has commanded him to say: “To Allah we belong and to Him we will return! O Allah! Give me the rewards (of being patient over) this calamity, and grant me something better than it to replace it,” except that Allah will give him something better to replace it.”

“Nobody knows the second part. There’s two parts: we always hear (the first part). Contrary to myth, when something bad happens to you, you can complain about it. There’s two types of complaints when going through trials and tribulations. The first one, that is not recommended – is to complain to human beings. The second one, is to complain to God, because He is the one that can do something about it.”

By drawing upon the sayings of the salaf and the Khalaf, Aftab demonstrated how these leaders operationalised patience in the face of adversity.

He explained the story of Bilal (r) not being able to recite the adhan after the Prophet’s (s) death. Imam Hussain (r) told Bilal (r) to “give the Adhan like you used to give in the days of my grandfather”, and Bilal (r) gave the adhan for the first time after six months.

When Bilal (r) gave the adhan and proclaimed “I testify that Muhammad is the messenger of Allah”, even the veiled women came out of their houses. It was such a powerful and touching scene, that people began to say: ‘Allah’s messenger has arrived, he is here’. It is on this day, the men and the women cried more than they had ever cried since the passing of the Prophet  Muhammad (s).

“This is our religion. It’s not some monstrosity where men do not show that they’re human beings. Even inanimate objects wept.” said Aftab.

The lecture concluded with five pieces of advice for the seeker of knowledge, traversing the well-trodden path to achieve tawhid:

“The last thing that I want to say to you is this. If Allah closes a door on you through His wisdom, He’ll open another door through His mercy.”

Aftab Malik is the author of The Broken Chain: Reflections upon the Neglect of a Tradition, a book that examines the depth and breadth of classical Islamic scholarship, in relation to the veneration of the Prophet Muhammad (s).

Aftab is currently preparing material for his forthcoming classes on postmodernism and its impact upon Muslim activism.

Mīzān means balance, measure or scale so often referred to in the holy Quran to exemplify the Islamic Tradition.

Mīzān Avenue seeks to enrich individuals by linking them to teachers engrained in traditional knowledge and service by encompassing a holistic approach in order to cultivate an inclusive community in Sydney.

Mīzān Avenue also aims to provide the tools to navigate the practice of traditional Islam in modern spaces. 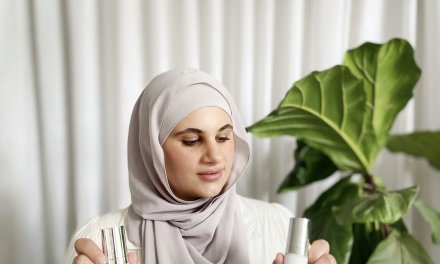 Being part of an Australian skin care campaign