In 1933, Max Planck went to see Hitler. Years earlier, the preeminent theoretical physicist made a startling discovery that forever changed the face of the planet. He had uncovered quantum mechanics, opening the door for the development of everything from computer chips to lasers.

In a desperate gambit to prevent the expulsion of German Jews, he tried to reason with Hitler that there were “good Jews” and “bad Jews”. Hitler foamed at the mouth and kicked Planck out. Twelve years later, Planck’s eldest son, Erwin, was executed by the Nazi regime for conspiring to assassinate Hitler.

Planck had noble intentions, and his family paid a high price for defying Hitler. But ultimately his gambit failed. Racism, as Planck discovered, can’t be reasoned with.

It’s 2018, and remarkably, we still haven’t moved beyond the notion of “good Muslims” and “bad Muslims”. Think about every news item where a practicing Muslim is put in contrast with a violent extremist. “Look, we’re not all bad! Here’s a Muslim doctor, here’s a Muslim lawyer, here’s a Muslim philantrophist.” And so on. Islamophobia is still around.

But even the Muslim community is locked in this paradigm. It should be obvious that any religion encompassing a quarter of the world’s population will contain a significant diversity of political and spiritual opinion.

Attempting to squeeze Islam into narrow dogma, to define “good Muslims” and “bad Muslims” based on how well they align with a specific (often conservative) interpretation of faith, is anathema to the unity of Islam.

In fact, it often goes further than this, with the self-styled devout throwing around accusations of takfir and other such nonsense.

Which begs the question: aren’t there five pillars of Islam? It often feels like there are five thousand.

When I agreed to join the cast of Muslims Like Us, I was under no illusions that I would be “representing” Islam. How can any single person represent a faith of 1.8 billion? I would be representing myself.

I don’t lose any sleep if people choose to see me as a “good Muslim” or a “bad Muslim” (however you want to define those terms). I’ve experienced more than enough anti-Muslim prejudice to know who I am.

We’re all in the same boat. Do you think Hanson and Co really distinguish between us based on how many extra salaat we perform or how many hassanat we’ve scored on our shariah-compliant Fitbits?

No. The primary reason I joined Muslims Like Us was to prove that even as a young, gay, science-minded Australian, you can still be a practicing Muslim. And you can still belt out the words to a Kanye West song.

This is such an obvious point, and yet so poorly acknowledged. We all have opinions, we all have emotions, we all make mistakes. We’re all unique, and that’s okay.

What unites us is a belief in the oneness of Allah, and in Muhammad (s) as His Messenger. This is as important for the Muslim community to understand as it is for the wider society.

It is far too early to gauge the impact of Muslims Like Us. The limited reaction I’ve seen has shown me that the show has done something towards recognition of this point, at least among non-Muslims.

Whether it will convince Muslims to be more accepting of our own wonderful (and valuable!) diversity remains to be seen. As for racists, it’s clear that no amount of positive exposure will do anything to shift their views.

We need another approach. Although Muslims Like Us has opened up a number of important conversations, we should be mindful of its limitations. Islamophobia, for one, isn’t going to evaporate simply by the presence of “true blue” Aussie Muslims on television.

Our community needs to come together to demonstrate that racist politics has never been about Muslims. It’s about public deception, erosion of social welfare, and justification for the immensely profitable military-industrial complex.

Muslims are just the convenient scapegoat of the moment, just as East Asians were for Pauline Hanson a decade ago, or as Jews were for the Nazi regime.

It is just as Uthman Badar wrote in the Sydney Morning Herald, “The truth is that the Muslim bogeyman, erected on a heap of myths, is a scapegoat for the repercussions of unjust domestic and foreign policy and for lack of delivery on real issues like domestic violence and drug abuse.”

Even with the vast gulf of scriptural interpretation and political difference between us, this is one thing that Hizb-ut-Tahrir and I can agree on.

How are we ever going to fight against Islamophobia if we’re too busy calling each other out for being too Muslim or not Muslim enough?

If anything, Muslims Like Us is proof that you can put 10 very different Muslims in a house for one week and still have them (largely) get along.

Surely we emulate this on a community scale. There will always be some degree of internal friction between Muslims of various sects and flavours.

But in the end, despite all our differences, I gained new friends and a new family. I’m sure our community can find similar unity. All we need to do is try. 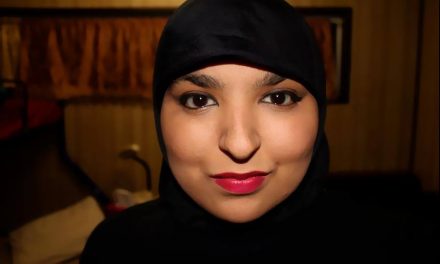 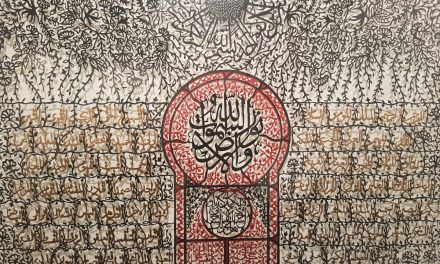