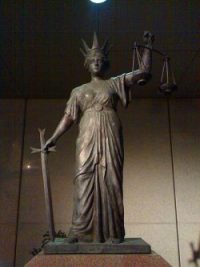 Justice is a Lady

Have you ever noticed the symbol for justice that adorns many of the higher courts throughout the world? Yes, Justice is typified by the statue of a woman.

You will find her standing there blindfolded with the scales of justice held up by her left hand and the handle of a large sword in her right.

The statue we see today had its origins in Rome as the Goddess Justitia (Latin:Iustitia) which adorned the Temple of Justice established in Rome in 13CE by Tiberius. This was a recognized allegorical personification of the virtue of Justice.

I found it intensely interesting that Justice was not portrayed as a male – god or not! I also find it of great interest that today Justitia sits aloft the largely male-dominated temples of today’s Courts of Justice worldwide, even those of male dominated patriarchal regions.

Symbolism
Look closely at her blindfold which represents an impartial justice – not to be influenced by recognition of whom the persons may be who seek her favour. The scales in her left hand give the message that Justice must be weighed carefully and not the slightest grain must be overlooked. The Sword of Justice by her right side gives the message that the carrying out of Justice can be swift and final.

That symbolism has remained throughout these long centuries as a standard for purity of Justice. However, as we look down the centuries, we realize that the virtue so much desired was often trampled in the dust of history by men whose desire was not for the elevation of truth and justice but for the elevation of self gratification and gain.

One would have thought women in particular to be protected by the very symbolism that portrayed this virtue of Justice. This, however, was not the case. Throughout history women have been downgraded. It matters not whether we look to Rome itself, or to India, China, Arabia or Western nations – all have fallen short.

Women in general, for all the beauty of the allegory, have, in many regions, not been the recipients of respect, let alone equality or justice.

The blindfold has been removed in so very many instances. Justice has become a very selective tool, particularly used in legislation by Governments, when it comes to those considered “lesser” or extraneous.

Too often Justice has not been weighed at all, let alone carefully.

Too often those who are oppressing and committing crimes of conscience against fellow humans are not being held to account. The Sword of Justice has become, in many ways, only part of a very pleasant allegory.

Where may Justice be found?

Justice is a cornerstone of all great faiths: Psalm 82 which is an exhortation to the Judges says, among other things: “How long will ye judge unjustly and accept the persons of the wicked?” also mentioning mercy for the poor. Jesus said, “Blessed are the merciful for they shall obtain mercy.”

The Qur’anic injunction portrays impartiality in Justice: “O ye who believe! Stand out firmly for justice, as witnesses to Allah, even as against yourselves, or your parents, or your kin, and whether it be against rich or poor; for Allah can best protect both. Follow not the lusts of your hearts lest ye swerve, and if ye distort (justice) or decline to do justice, verily Allah is well-acquainted with all that ye do.”

It matters not whether we are looking to East or West, the same malady exists – we have become a world in which Justice has been betrayed in the great halls of power and the lesser councils of men. This is to our detriment for without Justice, stability and peace cannot exist. 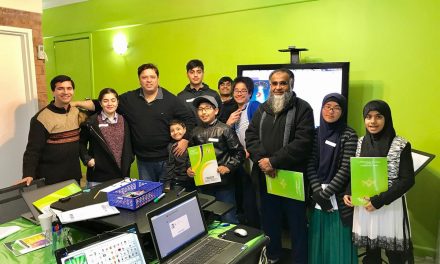 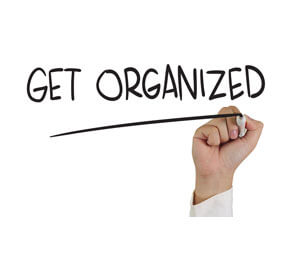