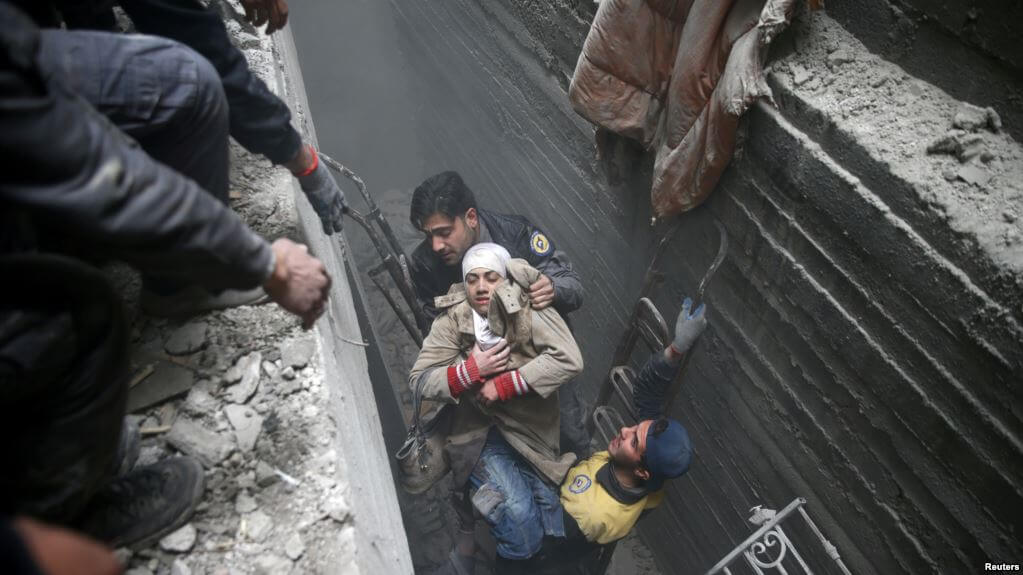 The ongoing ground attacks and aerial bombardment by Syrian government forces and their Russian allies on rebel held Eastern Ghouta, a suburb 10 km from central Damascus has created “Hell on Earth” for trapped civilians according to the UN Secretary-General Antonio Guterres.

The attacks by the Syrian Baathist regime have continued inspite of a unanimous  UN Security Council Resolution on Saturday 24 February resulting in almost a thousand deaths mostly that of civilians.

“I remind all parties of their absolute obligation and international humanitarian and human rights law to protect civilians and civilian infrastructure at all times,” he said.

“Similarly, efforts to combat ‘terrorism’ do not supersede these obligations,” he added.

The doctors in the area have accused the Syrian government of launching a chlorine gas attack in the town of Al-Shifaniyah in Eastern Ghouta. Syria’s Civil Defence rescue team, also known as the White Helmets, said on Sunday at least one child died as a result of suffocation.

Eastern Ghouta has been under rebel control since 2013 and from time to time the Syrian forces and its allies have tried to dislodge them from the enclave.

The two major rebel factions in Eastern Ghouta are Jaish al-Islam and Failaq al-Rahman. Tahrir al-Sham, an alliance of opposition fighters, also has a small presence there.

Last week, deadly air strikes and artillery fire launched by Syrian forces and their allies exacerbated a dire humanitarian crisis in the besieged enclave, home to some half a million people.

On Sunday, February 19, Syrian forces backed by Russian warplanes escalated the offensive on Eastern Ghouta with a relentless bombing that killed hundreds of people within days.

The bombing, which Amnesty International said amounted to war crimes, has damaged or destroyed six hospitals and medical centres across the city, residents say.

The Syrian American Medical Society said 16 people were treated for exposure to what appeared to be chlorine gas on Sunday, at an Eastern Ghouta hospital.

In a statement, RDHD said, “The smell of people in the area, ambulance drivers, and victims all had the clear and known smell of chlorine gas.”

The UN ceasefire resolution, which passed unanimously on Saturday, noted that the “cessation of hostilities shall not apply to military operations against the Islamic State,” al Nusra and other groups associated with them, or groups deemed terrorist organizations by the UN Security Council. 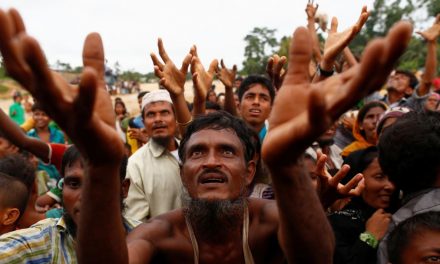