Unlike capitalism and socialism (the two most common economic systems in the world) whose ideological basis is materialism where capitalism lays stress on absolute and unconditional right to private property and socialism in which production and distribution of commodities are planned, organized, and managed by a centralized government, Islam takes a middle approach conceptualising its economic system based on Qur’anic and Hadithic teachings granting the right to private property but the right is neither absolute nor unconditional so as to avoid the spread of disorder on earth.

There were forms of market economy and merchant capitalism that existed as early as the 8th century and there was a presence of a robust monetary economy grounded on the broad circulation of a common currency (the dinar).

The Islamic economy had a sophisticated and advanced financial system that served the individual Muslim societies for centuries.

European colonialism changed all these in a fundamental way. The advent of colonialism broke up the established Islamic political order, socio-cultural structure, and economic system, particularly that of the Mughal and Safavid dynasties and the Ottoman Empire, and contested traditional beliefs and norms, thus causing a major crisis of Islamic authority and Muslim identity.

The processes of secularisation and western modernisation challenged, undermined, and transformed old myths, doctrines, institutions, social structures and relationships, economic system, and political order. As a result, the Muslim world was compelled to undergo revolutionary socio-economic, cultural, and political restructuring.

Then in 1970s Muslims fortune changed. Muslims, particularly the Organisation of Petroleum-Exporting Countries (OPEC), gain some international political influence as a result of oil wealth; and active participation by prominent Muslims in global issues started to emerge then on.

This led to the recognition of Muslim societies as important partners in the global community. Certain significant events such as the 1973 Arab-Israeli war, the Arab oil embargo and the Iranian Revolution of 1978–79 provided Muslims with a much needed boost in confidence.

Suddenly vitalised Muslims and activists came to realise the potency of Islam and how they might change their predicament by strictly adhering to Islamic precepts as was the case of Muslims in the past for thousand years.

The 1970s oil boom proved to be a “ game changer” for Muslims as they suddenly realised their strength and potency of their religion and were able to stand up to their Christian nemesis.

Earlier, Muslim revivalists such as Maududi and al-Banna and the movements of Islamic revivalism they led began infusing Islamic zeal and raising Islamic consciousness in Muslim populace and laying the foundation for the return of Islam.

For Muslims to regain their prominence and Islam to recuperate its global supremacy, it was stressed that all spheres of life be governed by shari’ah and a complete Islamic way of living to be adopted by Muslims. Thus, the modern Islamic finance needs to be understood in this context.

Islamic Finance: What is it Exactly?

Islamic finance is a complex concept with multiple meanings or definitions. Bill Maurer asserts that there is somewhat a ceremonial exegesis in “almost every Islamic banking speech act or text” (2005: 40) of what denotes an Islamic finance and how it is or is not differentiated from “conventional” finance.

This definitional conundrum, it seems, is due to the perception by many in the finance field as well as outside of it that Islamic finance is plainly conventional finance garbed in Islamic outfit. Despite this, all opinions agree that the fundamental distinction between conventional finance and the ideal-type of Islamic finance is, in the latter, the absence of dealing in riba (interest) and gharar (uncertainty).

However, the absence of these two Islamic prohibitions in modern Islamic finance remains subject to disputation because Islamic financial organisations receive their religious guidelines and guidance from sources and Muslim scholars where consensus on interpretation and definition of the concepts of riba and gharar don’t exist.

The modern Islamic finance industry started with the introduction of first Islamic banking service, the Mit Ghamr Local Savings Bank in 1963 in Mit Ghamr, a small provincial rural town in the Nile Delta in Egypt.

Islamic finance features banking, capital markets, and insurance in different parts of the world, however, as far as its assets are concerned, the industry mainly comprises commercial banking in majority Muslim countries. Islamic finance is growing fast with total assets in Islamic finance estimated in 2013 at around US$1.5 trillion.

Why are Muslims in particular attracted to modern Islamic banking in a world that largely operates under the imperatives of secularism and neoliberal capitalism? The answer to this is complex. In the last several decades there has been a significant surge in Islamic consciousness in Muslim communities across the globe.

Muslims have been going through a rigorous process of proselytization within a larger framework known as “Islamic revivalism”. Islamic revivalism has manifested itself in a multiplicity of forms as a defensive reaction to an epoch characterised by modernity.

Under modernity, society has essentially departed from a religiously authorised blueprint of how individuals should behave and the values that should be upheld by society as a whole. In this context, the re-establishment of religion (and in this case Islamic finance) offers a way to regain a sense of purpose, meaning, and spiritual fulfillment.

Using Islamic financial services for many Muslims is a way through which they can contribute to Islamic revivalism (consciously or inadvertently) and elevate their piety and intensify their Muslim identity. It a strategy by which beleaguered Muslims attempt to preserve their religious identity as a people.

Feeling this identity to be under threat in the modern world, these Muslims fortify it by retrieving practices from a sacred past as well as from the Islamic scripture or the shari’ah. These retrieved “essentials” are amended and halalified in light of pragmatism so as to buttress against the intrusion of outsiders who threaten to draw Muslims into a syncretistic, areligious, or irreligious cultural setting. 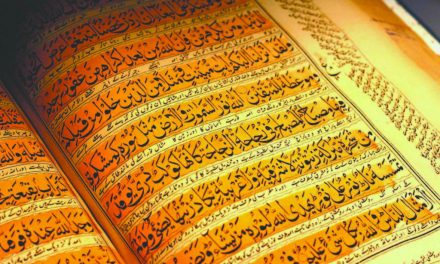