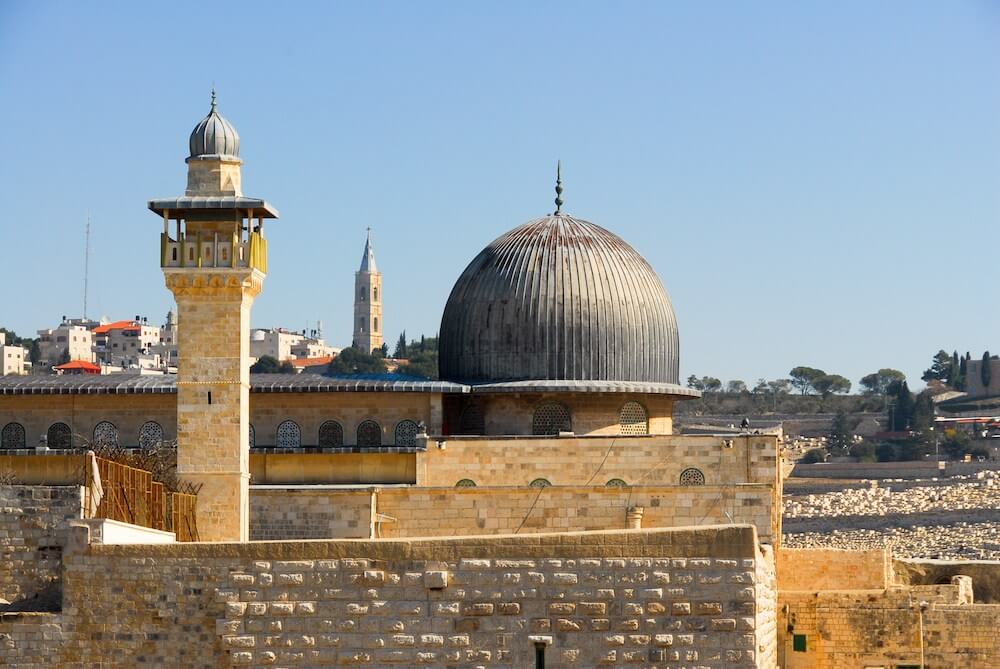 As we celebrate the National day of Bahrain on 16 December 2017, we cannot but feel the pain of those around the world who struggle to be free. The right to freely move about in and return to one’s homeland, to feel secure in the boundaries of one’s own home, to plan one’s future and that of our children – these are basic birthrights that all Bahrainis take for granted. However, to some, freedom is not so easy.

On 15 December 2017 Ibrahim Abu Thuraya, 29 year old wheelchair bound Palestinian from Gaza, who had lost his legs in an Israeli missile strike in 2008, was killed by an Israeli sniper while he was peacefully protesting against US President Donald Trump’s recognition of undivided Jerusalem as Israel’s capital.

As a US citizen living in an Arab country, I am appalled at the recent statement by President Trump on 6 December 2017 where he has called to “officially recognize Jerusalem as the capital of Israel.”

Previous US presidents have made similar campaign promises but were wise enough to not see such a radical move through. President Trump judges this course of action to be in the “best interest of the United States of America.” However, not only is this action against international law, it will only harm America’s interests worldwide.

Jerusalem is not just a geographic city contested between Israel and Palestine. Given the presence of the holy sites precious to Judaism, Christianity and Islam, this city touches the nerves of the Judeo-Christian-Islamic people across the globe who make up more than half of the world’s population. It is therefore imperative that any decision regarding this historic city be made under the auspices of a multi-lateral body such as the United Nations.

United Nations resolutions, particularly the following seven: No. 242 (1967); 252 (1968); 338 (1973); 465, 476, 478 (1980); and 1073 (1996) call for the withdrawal of Israeli armed forces from the occupied territories (including occupied East Jerusalem which was forcefully annexed by Israel in 1967); state that acquisition of territory by military conquest is inadmissible; that expropriation of land and properties thereon, which tend to change the legal status of Jerusalem are invalid and cannot change that status; call for in particular, the need for protection and preservation of the unique spiritual and religious dimension of the Holy Places in the city. [source: UNISPAL website].

However Israel, instead of abiding by such UN resolutions, has continuously taken measures and actions in their contravention as well as the Fourth Geneva Convention which calls for the protection of civilians during times of war. Such flagrant violations have inevitably prevented a just and durable peace in the Middle East.

The recent Trump statements have added fuel to the fire and exposed the US role as an ally of Israel rather than a neutral peace broker between Israel and Palestine. US military and financial aid to Israel and its vetoes in the Security Council for any motions in favor of Palestine are all cases in point to the biased role the US has played in this process.

The Zionists lobbies have proven extremely powerful in swaying the just role the US should have played in achieving peace in the Palestine-Israel issue. Israel is the largest recipient of US foreign aid (almost all in military form) since World War II. As of 2016, the US has provided Israel $127.4 billion in aid. [source: US Congressional Research Service].

The veto power of the United States as a permanent member of the Security Council is essentially undemocratic and akin to dictatorship and the root cause of the non-resolution of the Palestine-Israel crisis. The US has used it again for the 43rd time to shoot down the Palestinian cause in the UN vis-a-vis Jerusalem.

However the question remains – how has the Arab / Muslim world responded to such brutal injustice? It was disappointing to see that only 22 out of 57 Muslim countries thought the Jerusalem issue was important enough to send their heads of state to the OIC Summit in Istanbul on December 13, 2017. That is barely 40%.

Nevertheless it was heartening to see them declare occupied East Jerusalem as the capital of the State of Palestine at the OIC Summit. It was also heartening to see the 128 countries stand with our Palestinian brothers and sisters at the UN General Assembly vote on Dec 21,2017, which included all Muslim majority countries.

But does the Muslim voice hold any clout? One may ask the question though – why is it the responsibility of the Arab world to intervene when it has its own issues that it grapples with? The answer is simple: Al-Aqsa Mosque complex.

This Mosque was the first Qibla for the Muslims. It is the place from where our beloved Prophet Muhammad (s) led all the other Prophets (a) in prayer and arose to the heavens in the famous Miraj journey.

This singular reason should bring Muslims from around the world to unite around the protection of Al-Aqsa complex. In my recent visit to the Al-Aqsa I learnt that Palestinians living in Ramalla (West Bank) were not allowed to enter Jerusalem.

Hence Palestinian Muslims living 15 minutes away from Al-Aqsa Mosque were not allowed by the Israeli government to perform their Friday prayers there. This breach of freedom of religion must not be ignored.

There were other Palestinians living in Jordan who were born in Palestine but were not even allowed to visit their country of birth! How would you feel if you were forbidden from visiting your family? But these are the daily realities for the Palestinians.

So what can we do as everyday Muslims to help change this seemingly intractable situation? Here are a few suggestions:

As we celebrate our freedom in the Kingdom of Bahrain on its 46th National Day, let us pray for the freedom of the State of Palestine and the liberation of its people and secure the call for Prayer at the Al-Aqsa Mosque for eternity. Ms Shagufta Ahmad directs the services of the Islamic Educational and Cultural Research Center (IECRC) in the Kingdom of Bahrain. She holds a Bachelor’s degree in Computer Engineering from Santa Clara University, California and an MBA in Islamic Finance from Open University Malaysia. Her professional career is engaged in building research capacity for the MENA region.