The Education Director of the Islamic Museum of Australia, Sherene Hassan, has been awarded an Order of Australia Medal (OAM) for service to the community through the promotion of cross-cultural understanding.

Whether Sherene is playing intercultural games and dress-ups with her favourite primary school visitors, discussing prevalent issues with secondary students, guiding delegates around, or giving interviews – one element never wavers; her dignity, respect and love for all of humankind that radiates profusely from within and reflects upon every individual she encounters.

Highly regarded for her commitment to ethics, building bridges between communities, her warmth, kindness and endless generosity, Sherene Hassan‘s honour is much-deserved. Sherene is truly a special individual tirelessly serving her community and today we recognise the light she brings to all our lives.

Sherene received the award for service to the community through the promotion of cross-cultural understanding. Service includes:

Board Member and Education Director, Islamic Museum of Australia, Thornbury, Victoria, since 2011. Eid Ul Fitr Around the World on Snapchat 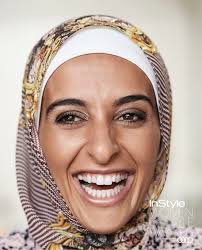