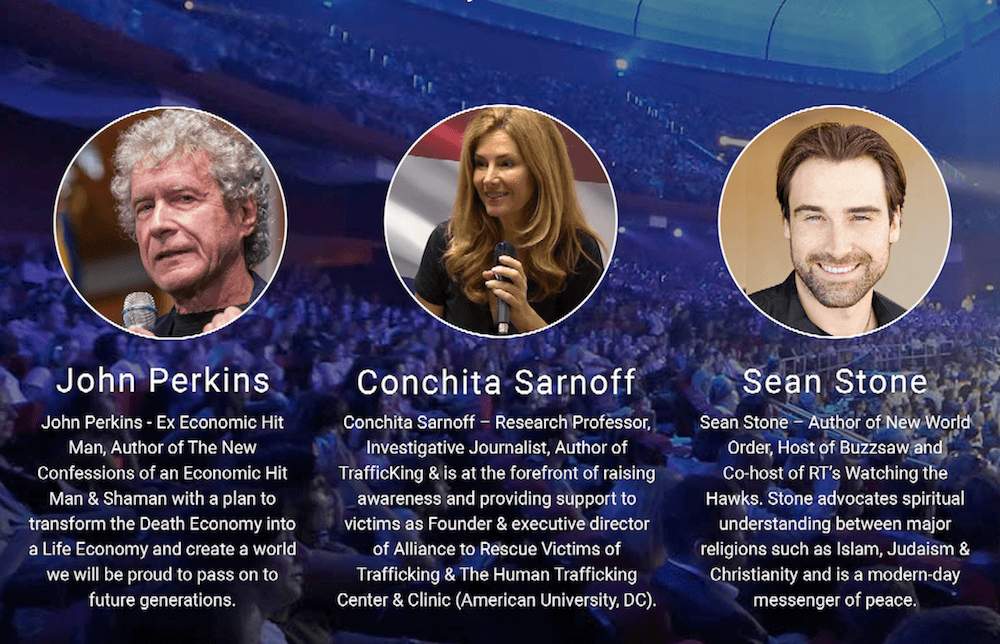 InfoReset Seminars is an exploration of finding solutions to some of humanity’s most profound challenges.

In an attempt to deliver these solutions, an extraordinary lineup of courageous individuals has been assembled, who have personally experienced and acknowledged these issues in their own lives.

* Son of Hollywood film director Oliver Stone, Sean converted to Islam in Iran and once stated, “I am of a Jewish bloodline, a baptized Christian who accepts Christ’s teachings, the Jewish Old Testament and the Holy Koran.

I believe there is one God, whether called Allah or Jehovah. He creates all peoples and religions.

I consider myself a Jewish Christian Muslim. What I am trying to do is open up a dialogue about religion.

There is such Islamophobia in the West. Islam is not a religion of violence any more than Judaism or Christianity is.”

Sean Ali Stone’s book New World Order: A Strategy of Imperialism is a well-referenced study of the beginnings of the NWO agenda.

Stone exposes the powerful and influential architects who operate under the cover of statesmanship and education, whilst insidiously promoting an agenda that is beneficial to the few but detrimental to many.

As host of Buzzsaw and co-host of RT’s Watching the Hawks, he investigates the real world’s ‘X-Files’, taking an unflinching look at the hidden agendas behind world politics, popular culture and news events.

* Conchita Sarnoff is an investigative journalist, who despite bribes to stay silent, risked her life to expose the brutal reality of human trafficking and the Jeffrey E. Epstein case.

Epstein, at the centre of the saga, is a paedophile billionaire and Wall Street hedge fund manager and registered level-3 sex offender. Sarnoff’s book explores the darkest recesses of the corridors of power, from Harvard to the White House.

Since 2006, Sarnoff’s work has centred on issues impacting human rights, public policy and social justice with a goal to end human trafficking and modern-day slavery.

* John Perkins was secretly recruited by the US National Security Agency to further American imperial interests in countries such as Ecuador, Panama, Indonesia and Saudi Arabia.

He attempted to write Confessions of an Economic Hit Man numerous times but was only successful on his fourth attempt due to threats and bribes.

However, after the 9/11 incident, he felt compelled to introspect his own role and decided to reveal the truth to the world.

John presents a plan to provide practical strategies for each of us to transform the failing global death economy into a regenerative life economy where individual skills and passions can be utilized to prosper and create a world we will be proud to pass on to future generations.

SAVE on the EARLY BIRD PRICES if you BOOK ONLINE NOW: www.inforeset.com 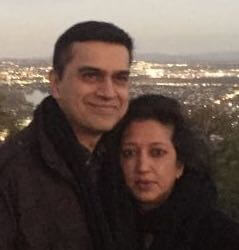 Nash Singh & Nisha Devkurran are passionate about the sharing of powerful information to inspire dialogue and positive change in the world. Having hosted an impressive list of international celebrity authors, leaders and thinkers in the USA, Australia, New Zealand and South Africa, their mission gathers pace with the creation of InfoReset Seminars as they live their vision: Finding solutions for a better world, one seminar at a time!