There are many verses in the Holy Quran that venerate both Jesus, Eesa (a) and maiden Mary, Mariam (a) by sharing their story. Jesus has been mentioned 25 times in the Quran.

Following are some views that Muslims have about Jesus Christ (a), the noble Messenger of Allah.

Jesus Christ was a human born of a virgin mother. As the last in the line of Jewish prophets, he was sent to guide the Children of Israel with a new scripture. According to the Holy Quran, Jesus was no more than a messenger just like the previous messengers of God who had a worldly life like all the other creatures:

Jesus Christ was neither killed nor was he crucified

In accordance with understanding from the Holy Quran, the crucifixion, death and resurrection of Jesus (a) is not believed to have occurred, and that he was rather saved, all of these being the substantial beliefs of Christianity.

“And for their saying, ‘We killed the Messiah, Jesus the son of Mary, the Messenger (and Prophet) of Allah. ‘ They did not kill him, nor did they crucify him, but to them, he (the crucified) had been given the look (of Prophet Jesus). Those who differ concerning him (Prophet Jesus) are surely in doubt regarding him, they have no knowledge of him, except the following of supposition, and (it is) a certainty they did not kill him. Rather, Allah raised him up to Him. Allah is Almighty, the Wise. …” (Quran 4: 157, 158)

Not only did Jesus affirm the scriptures revealed before him, but he also foretold the arrival of the ultimate messenger of God after him, i.e., Prophet Muhammad (s):

“When the Spirit of truth comes, He will guide you into all truth. For He will not speak on His own, but He will speak what He hears, and He will declare to you what is to come” (John, 16:13)

This is also mentioned in the Quran:

“And when (Prophet) Jesus, the son of Mary said: ‘Children of Israel, I am sent to you by Allah to confirm the Torah that was before me, and to give news of a Messenger (Prophet Muhammad) who will come after me whose name shall be Ahmad.” (Quran 61:6)

On the other hand, neither Jesus Christ (a) nor Prophet Muhammad (s) came to change the basic tenet of the belief in humanity, dignity, basic morality, brought by earlier prophets, but rather to confirm and reintegrate it.

Moreover, Prophet Muhammad (s) asserted: “The prophets are brothers from one father with different mothers. Also they have one religion.”( Ṣaḥīḥ Muslim 2365)

The international community needs unity and solidarity between the Abrahamic faith to create mutual respect, common beliefs, peace, and freedom of thought all around the world. 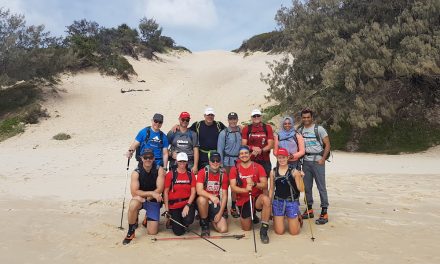