The diary of a Refugee Hi my name is John Bulati and this is a story that is from Russia where we used to live near the coast of Russia.

My Dad came back from work and said, “ We have to leave Russia  immediately, pack everything you need because I want to take you with me now!”

I went upstairs to my room and packed my toy train, some clothes, my diamond that I went mining for, precious things, my ipod, my pocket money and  some books to read.

Then I hear gun firing and shouting and I felt really really scared and I heard the wind howling  and a thunderstorm coming, then  I quickly went downstairs and I saw mum and dad packing all of the food we needed for the big journey.

I asked what country are we going to Mum and Dad and why are we leaving? To be honest, I didn’t know where we were going. We were leaving Russia because there are invaders from another country and they want to rule Russia so they were trying to wipe out the Russians as dad told me.

Then we went out of the house and I said, “ it is good that we at least have got a fishing boat to flee Russia right dad”.  “yes right son”, he replied.

Luckily the boat was filled with maximum fuel and we sail out to sea. Dad got the map out and looking at the map pointed to where we were and said the best place to go would be Australia in order to avoid pirates attacking us.

Dad and mum took turns to drive the boat day and night.

Dad would wakes me up for breakfast set up at the top deck, but realised that they were not eating.

I ask mum and dad, “why are you not eating breakfast?” Dad replied, “because we don’t want the food to run and we all starve.”

I kept asking dad are we there yet, reaching Australia?”  Dad said that we will get there in 6 more days.

One day I woke up and look out the window and I see a storm, now I felt so scared looked on my watch that dad gave me for a birthday present.  It was 5:25 am.  I woke up  dad and said, “ dad there is a storm coming.”

we went to the upper deck where I saw mum steering the boat. Dad too over the steering while showed him the direction. Dad said, “son, you can go back to sleep.” Then  I went to the lower deck and got to my room and fell asleep.

I wake up again at 8:45 AM I look out of the window and I could not see a storm and now I felt a little calmer. I went to the upper deck and saw that the sea was nice and calm. Dad said that we will reach Australia in 2 days time now.

After a couple of days, I asked mum where are were? Mum said, “ we are near the  top of Australia”

We saw a ship in the far distance, we tried to wave to them but they could not see us.  I asked dad,” Do we have a flag?” “No we don’t,” he replied.

I thought may be it is a pirate ship. As we came closer,  dad stood up and he said,” I think I see the ships name, it says EVARANA AVA and also it looks like an Australian navy ship. As our boat finally arrived nearer the EVARANA AVA, I saw a soldier and I felt a little scared.

Dad said to the soldier, “can I talk to your captain please?” The soldier asked,”who are you. Dad replied, “ we are refugees now coming from Russia.” The soldier, said,”OK,  I will tell my captain to come and see you.

The captain came out and said, “we are from the Australian Navy and I understand you are refugees from Russia, correct.”  “Yes we are,” Dad replied.

The captain of Australian navy ship asked us to follow them to Sydney. As we arrive at sydney Harbour I felt relief and it  looked so interesting.  I saw a big bridge ( The Harbour Bridge ),  a sail flag house ( The Sydney Opera House ) that looked so beautiful and I saw lots of shiny buildings.

Then we reached the docs and got off our boat and the captain said that one of our soldiers will take you to a home and we’ll talk to our prime minister about you who will help you to settle here in peace.

We brought our food supplies from the boat to our new home. The soldier said that when you have enough money you have to pay for this house. Dad said ok, we will.

We had some Russian money that we need changed into Australian dollars and bought some food and other items.

Later on in the year 2001, on 20 January, mum put me in a public school and she bought 3 sewing machines to make stuff and sell it to earn money for living.

But then one day there was a new kid and his name was Anton so I asked if I could play tips with him and then he became my first best friend.

So then I liked the school because I had a friend to play with.

So that is how I ended up  in Australia. 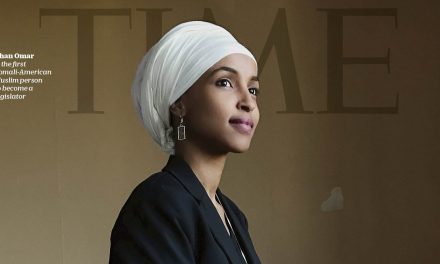