Saudi Arabia’s crown prince Mohammed bin Salman Al Saud, 32, seems to be engaged in a continuous show of brinkmanship that has the potential to bring havoc to the entire Middle East with global repercussions.

He is the youngest defence minister in the world and deputy prime minister of Saudi Arabia. He seems to be calling the shots in all of Kingdom’s affairs that analysts have described as reckless behaviour for the past two years.

Saudi leadership, largely occupied by ageing monarchs over a number of decades has been largely based on consensus among the more than 5000 strong royal family. The Saudi monarchs over these long years occupying the sensitive position of the custodians of the Haramain in Makkah and Madinah have always been careful not to tread on toes of others including Middle Eastern regimes, Muslim states or Western powers.

Saudi monarchs have been known to have overt or covert pacts with the US and other Western powers on an ongoing basis in the self-preservation of their monarchy and have also been suspected of covert relationship with the state of Israel for a number of years.

However, this softly softly approach has been gradually disappearing with young blood exerting their influence on the regime’s policies particularly in foreign affairs.

This change started with the appointment of Prince Bandar bin Sultan as the Saudi ambassador to Washington back in 1983 at the young age of 33 that lasted for more than two decades ending in 2005. Prince Bandar facilitated a very cosy relationship of Saudi Arabia with the US, promoting US policies in the Middle East including the two gulf wars in 1991 and 2003.

Saudi adventurism started with the appointment of Prince Bandar as the Saudi Intelligence Chief in 2012 when he recklessly meddled in the initial civil movement, inspired by Arab spring elsewhere in the Middle East, in order to remove the highly oppressive Baathist regime in Syria. He played a key role in the propping up of a various armed group to fight the Syrian army by funding and the supply of modern armaments that gradually fell into the hands of ISIS.

This was a classic case of “bite the hands that feeds them”, where ISIS brought havoc to Iraq and Syria and the Saudi adventurism led by Prince Bandar backfired on them.

Prince Bandar who remained Saudi Intelligence chief till 2014, also played a critical role in the removal of Muslim Brotherhood government of President Morsi of Egypt possibly in covert alignment with the state of Israel. Both Saudi Arabia and Israel considered an Islamic regime in Egypt a threat to their own regimes.

Now it is Prince Mohammad bin Salman, again a very young man seems bent upon shaking the status quo and engaging himself in adventurism in a most brutal and reckless manner unparalleled in the history of Saudi Arabia.

Mohammed bin Salman or MBS as he is often called was ranked as the kingdom’s top 10 students during his school years and achieved the second position graduating with a law degree from King Saud University in Riyadh.

Soon after being appointed as the defence minister on 23 January 2015, he is engaged in a brutal war in Yemen that has destroyed the infrastructure in the country resulting in killing, maiming, disease and starvation of the civilian population including a large number of children.

MBS is also driving a highly aggressive foreign policy to counter the influence of  Iran, many believe in strong alliance with Israel and at the expense of Palestinians. He is also behind the cold war against Qatar having built a coalition of Gulf states against a brotherly Arab sheikhdom.

In 2016 he introduced Vision 2030, Saudi Arabia’s economic vision of the future aimed at making the kingdom the heart of the Arab and Islamic world, an investment powerhouse, and a hub that connects three continents.

He has also indicated his willingness to bring Saudi Arabia towards modernity away from being a conservative society and relax restrictions on women.

He wants to eradicate terrorism, but in doing so he is legislating draconian laws and has arrested a large number of people from religious, business and academic sectors as well as from the royal family.

In September he has put a large number of Islamic scholars behind bars.

In November he arrested four ministers, 11 princes and several high-profile entrepreneurs perceived to be his direct rivals, thus consolidating his power over the kingdom.

Many are alarmed as to the consequences of this adventurism by the current young Saudi leadership. 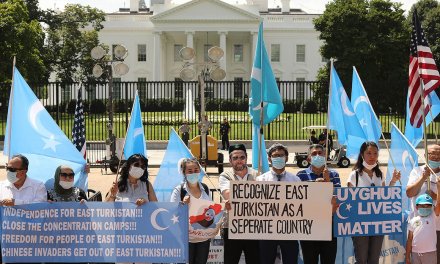