Kerrie fears the spread of Islamic terrorism in Australia. Mobinah thinks a lot of the fear is driven by ignorance. They’ve promised to hear each other out.

When Mobinah is asked “How do you feel after an Islamic Terror Attack?”, she responded with “I feel a sense of anxiety and fear. There’s a sense of paranoia, like is that person just looking at me because he’s having a bad day or is it because what just happened in the media? I think people don’t realise how much the Muslim community how much the Muslim community has to go into damage control. Immediately, we’ve got press releases saying we condemn this.” And Kerrie responded with “You are right, and they’re the word, we do not realise. I want to hear more love from you people. I think you need to be focusing and targeting more working class and middle class people, because that’s the majority of Australians.” Mobinah says “But see, I’ve got a job, I do volunteer work, I’ve got a family. So I’ve got to do that, as well as fight and say “Muslims are good, don’t panic!” I just want to live my life.” And Kerrie responds with “I understand”. Mobinah continues “We’re trying so hard to get the message out there. Islam has been hijacked by terrorists, by people who are terrible. And we’re just as fearful, when they do something to Australia or if they do something overseas, guess who also gets abused? Muslim women. I think that anyone who questions whether I would be upset over if someone’s dying, of course I would be, I’m a human being. That’s why it’s so important for your mainstream everyday Anglo Australians to talk to a Muslim, go to your local mosque.” Haircuts for the poor and needy 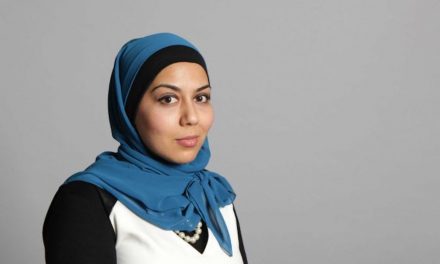