Saudi Arabia recently released the Vision 2030 to achieve economic diversification away from over dependence on oil.

In 2016, 93% of government budgeted revenue was from oil and the remaining 7% had a significant indirect contribution from the petroleum sector. This dependency on oil dates back to the discovery of black gold in 1938.

The Vision was released against the backdrop of low oil prices pressuring Saudi budget. The current level of Saudi budget deficit is $100 billion, the biggest economic challenge over a decade.

The Vision 2030 is an ambitious program for socio-economic development of Saudi Arabia. It includes the establishment of the world’s largest sovereign wealth fund with $2 trillion under management; boosting private sector contribution from 40% to 65% of GDP; increasing foreign direct investment from 3.8% to 5.7%; reducing unemployment to 7% from 11% (youth unemployment is 29%); privatising government services; reforming education and continued investment in infrastructure.

More than two-thirds of employed Saudi nationals work in the public sector. More than 80% of the private sector employees are expatriates.

The Vision aspires to serve Hajj and Umrah visitors in the best possible way and increase the capacity, including the expansion of the two Holy Mosques, to welcome pilgrims from 8 million in 2015, to 15 million in 2020 and 30 million in 2030.

To honour the birthplace of the Prophet Mohammad (s), it will build the World’s largest Islamic museum with the highest global standards of collection, preservation, presentation and documentation.

The initiatives plan to have 3 Saudi cities be recognised as top 100 cities in the World; increase household spending on cultural and entertainment from 2.9% to 6%; lift the ration of individuals exercising at least once e a week from 13% to 40% and increase average life expectancy of Saudis from 74 to 80.

The Vision aims to enhance economic contribution of small & medium enterprises from 20% to 30% and increase women participation in the workforce from 22% to 30%.

Saudi Arabia is the third largest military spender in the World, only 2% of it is sourced from within the Kingdom which is expected to increase to 50%. They plan to localise the oil and gas industries from 40% to 75%. They have a target to generate 9.5 gigawatts of renewable energy by 2030.

The Kingdom targets to move from the current 19th largest economy in the World into the top 15 economies. They will raise the share of non-oil exports in non-oil GDP from 16% to 50%.

The Saudi economy is expected to increase household savings from 6% to 10%; raise the non-profit sector’s contribution to GDP from 0.3% to 5% and rally 1 million volunteers per year, currently only 11,000 of them.

The Kingdom of Saudi Arabia is engaging with some Middle Eastern and other countries on this Vision 2030 economic program. The Kingdom now has a unique opportunity to partner with various Muslim nations around the World and invest the vast financial resources of its sovereign fund. This will greatly enhance economic development of Muslim countries and generate a competitive rate of return for Saudi Arabia. 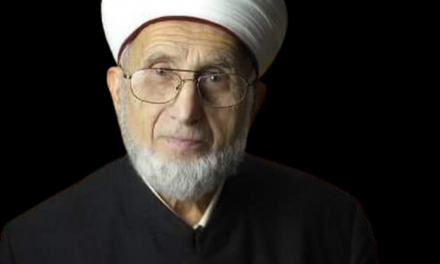