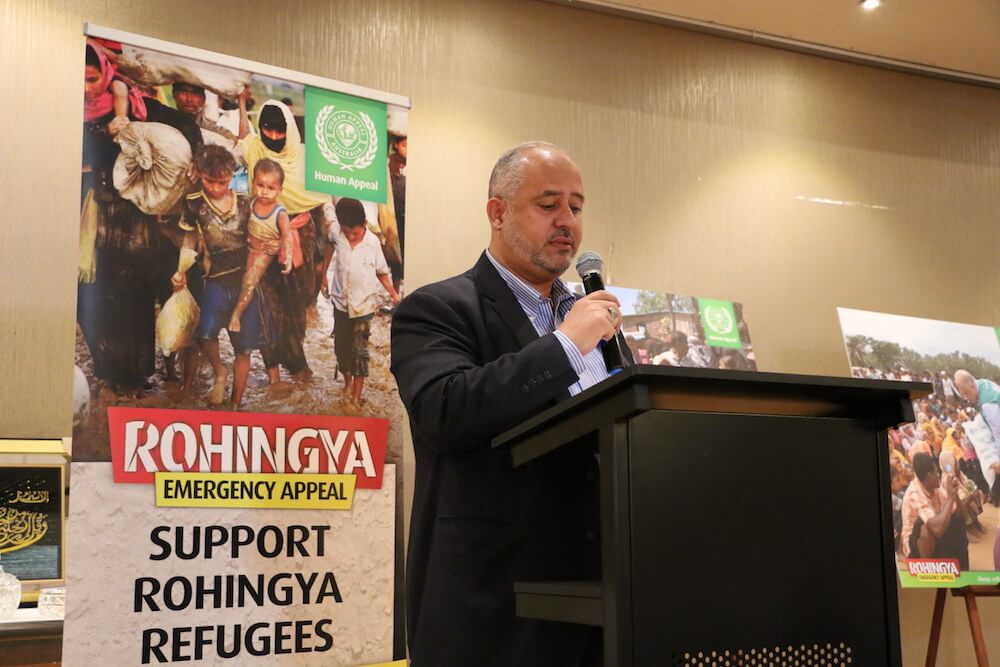 Human Appeal Australia held a fundraising dinner on Friday night 22 September 2017 at the Croatian Club, Punchbowl, Sydney to raise awareness and collect donations to continue providing aid distribution in the field for the Rohingya refugees who have fled to Bangladesh as a result of persecution and violence.

Dr. Zachariah Matthews,  Principal of Deen Academy was the Master of Ceremonies.

The night started with a moving Quran recitation by Rohingyan youth  Ibrahim Win followed by Safyeea Ali, a student of Social Science at WSU who moved people with a powerful spoken word performance. Harun Harace gave an emotional speech about the Rohingyas’ current situation while Sheikh Shady Alsuleiman urged the audience to stand together for such a noble cause of alleviating the suffering of the suffering Rohingyas.

Mr  Bashar Al-Jamal, Director of Human Appeal Australia, shared his field experience with refugees in Cox’s Bazar, Bangladesh where he spent one week amongst refugees. 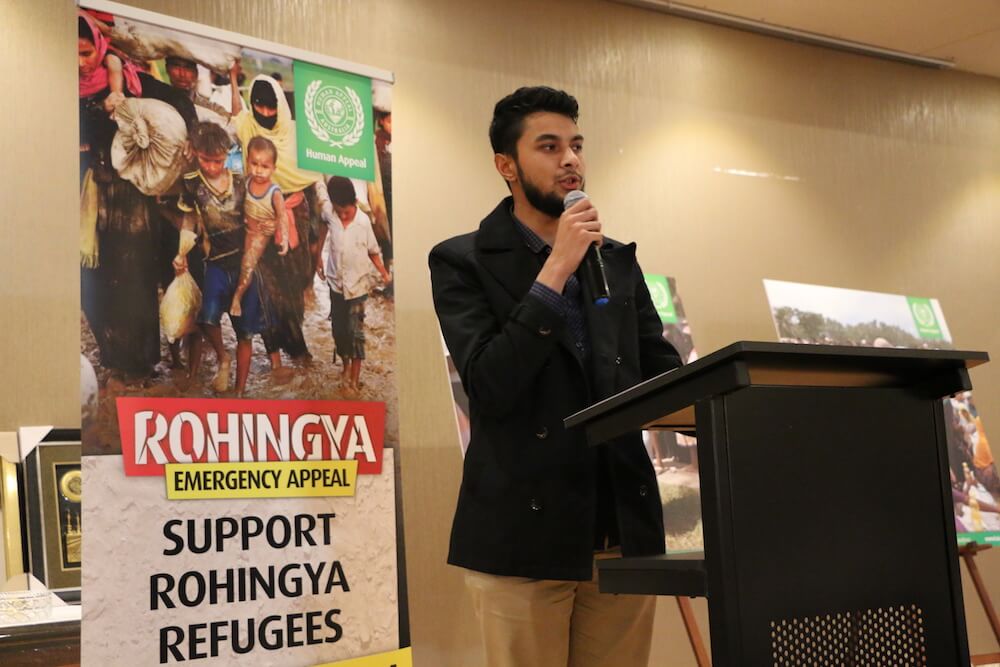 A documentary on the latest trip footage of the HAIA team on the field delivering aid and reflecting on the unbearable situation of the refugees at the border of Bangladesh was shown. Mohammad Hashish is the Marketing and Content officer with Human Appeal Australia.