More than 10,000 people have been killed, WHO announced in May the world’s worst cholera outbreak with 1,400 children dead, while coalition air strikes hit hospitals, schools and funerals that likely represent war crimes.

The war is intractable without hope of resolution unless Saudi Arabia and Iran compromise in the wider interests of the Muslim Ummah.

For Yemen Houthis should be included in any reconciliation government, while any Syrian solution logically requires removal of the immoral and brutal Assad regime.

Conflicts in Iraq, Syria and Yemen, although political in nature have fanned sectarian passions, not only in the Middle East but on a global scale highly detrimental to the unity of the Ummah.

This analyst believes that the solution to these conflicts must be based on Islam’s calling: “Believers are but a single brotherhood: so make peace and reconciliation between your two (contending) brothers” (Qur’an 49:10).

Main doctrinal differences from Sunni Islam are Shia belief in infallible leadership of their 12 Imams and reported disappearance of the twelfth Imam.

Muslim scholars on both sides have encouraged reconciliation.

Shia academician, Kazemi Moussavi, suggested that if there is any possibility for Sunni-Shia understanding, it lies in a new generation of mujtahid emerging scholars who can combine traditional knowledge with modern scholarship to revive Islamic values. “This would leave behind historical differences and generate a natural dialogue in which sectarian differences fade.”

Zafarul Islam Khan believes “With some hard-work, far-sightedness and mildness, we can unite Shia and Sunnis, provided our Islamic scholars, Ulema and jurists strive to get out of their limited constituencies.”

Apart from Sunni-Shia discord, further divisions amongst Gulf nations, all should be quickly resolved as otherwise they are a no-brainer recipe for disaster as they only benefit enemies who successfully instigated clashes pitting one against another towards mutual destruction.

Reconciliation is the solution to resolving not only Syrian and Yemeni wars but also sectarian violence in Iraq, Afghanistan, Pakistan, and recently Australia.

If achievable, then opportunistic powers – Russia, the US, NATO – could be asked to leave Muslim conflict zones so leading Muslim countries could collectively promote peace and reconciliation. This is surely an urgent humanitarian objective and a religious obligation.

Email your thoughts to daud.batchelor@gmail.com Quran is the cure of body and soul 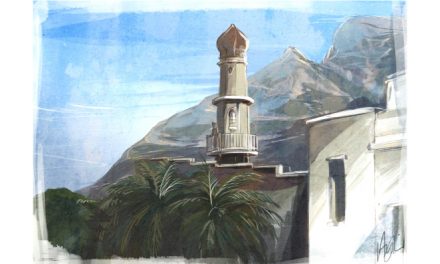