The editor of The New Republic, Leon Wieseltier, aptly said, ‘No faith has suffered more at the hands of the improper usage than Islam.’

Since the beginning of the twentieth century and onward, especially post late 1970s, Islam has been presented by some groups as a form of human-made revolutionary ideology operating under the flag of Islamism.

The word Islamism appeared in the late 19th century and was used mainly by Orientalists to divide Muslims. It has no place in the Islamic sacred text and in scholarly works before the 19th century at all.

Just like other faiths, Islam is no stranger suffering from assaults. However no other religion has been attacked as much as Islam during the last three decades, particularly since 9/11.

The Muslim reaction to these assaults, injustice and tyranny have included various acts in the guise of Islamic defence such as radical speeches, burning of flags and effigies and condemning entire nations and non Muslims, which have created more enemies than friends

Such defensive acts by Muslims have been viewed as religious obligations or holy struggles, and therefore a necessary display of Muslims in defence of Islam and Muslims. Sometimes these acts have turned into incidents of violence.

However such behaviour has been reactionary more so than proactive and it has provided ammunition to be used against Islam and Muslims.

This reactionary response justified in the name of Islam and its methodology needs to be critically viewed in the light of teachings Qur’an and Sunnah.

The Qur’an sets guidelines on how to respond to assaults. The story of Prophet Abraham (a) in the Qur’an was revealed when Prophet Muhammad (s) faced death threats, persecution and harsh treatment at the hands of the polytheists of Mecca. There are many moral lessons that can be learned from the story of Abraham and the Sunnah of the Prophet in regard to how to respond to aggression.

When Abraham’s (s) polytheist father threatened to stone him to death (Qur’an, 19:46), he was still kind in his speech and treatment towards him. In his response, he addressed his father with respect as “Ya abati “, which means my dearest father (Qur’an 19:47).

In Tabari’s (838-923) exegesis, Abraham’s (a) response to his father’s threats was ‘Even if you stone me, I will not harm you.’ Another Quranic commentator, Ibn Kathir (1301-1373) extends this further adding ‘I will not harm, insult or even disrespect you’.

God commanded Moses (a) and Aaron (a) to speak gently with Pharaoh (Quran 20:43-44). Al-Qurtubi (1214-1273) interprets the command to mean speaking gently, implying that Moses (a) should not use any word implying hatred or animosity.

Al-Qurtubi goes on to state that this is a general rule to be applied by those who seek to enjoin good and forbid evil. Another commentator, Al-Qushayri (986-1072) extends this rule to cover not only a person’s speech but also their demeanour.

When the Prophet’s (s) actions and sayings are analysed, it can be concluded that his response to aggression was based on making friends out of his enemies and channelling the anger of Muslims for a common good rather than animosity.

Otherwise, Makkah would not have been conquered by the Prophet (s) without any bloodshed where sworn enemies were turned into friends entering the fold of Islam. 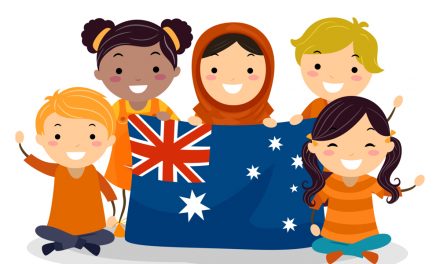