We love the story of Aminah and Yusef, and their journey of planning their wedding because it’s proof that some people are fated to be, but also because it shows some of the specific cultural issues that Muslim brides/couples have to face when planning their weddings. It made us laugh, it made us nod our head in agreement, but mostly, it showed us that when two people who are true friends are supported by family who love them, a truly beautiful celebration of their love will take place. This one is definitely worth reading till the end… The story of how we met is actually very serendipitous. My mother describes it like this: “It was a cool crisp afternoon in Chicago in October of 2013. Aminah Sallam, a focused freshman pre-med at the University of Chicago had been up for hours studying for her mid-terms exams.

Her friends persuaded her to take a break and go with them downtown to have lunch.

While at the restaurant, a sense of sickness unexpectedly overcame Aminah and she excused herself to get some fresh air outside. Aminah had never felt like that before and decided it would probably be best to get some rest at home.

Yusef Al-Jarani was a Junior at the University of Chicago, studying political Science with dreams of becoming a Lawyer.

He was a go getter — always studying just like Aminah, but had decided that day to also take a break and go to visit a friend who lived downtown. After his visit, he decided to take the bus back home and started walking toward the very same bus stop where Aminah was waiting.

When Yusef got to the stop, he noticed that Aminah appeared to be in some distress as she was rummaging through her backpack looking for something.

He introduced himself and asked if she needed some help. Aminah explained that she somehow had misplaced her bus ticket and needed to get home because she was not feeling very well.

The chivalrous and good-natured Yusef offered to help and they boarded the bus together.

After a few minutes, the bus made it to Aminah’s stop, and, to her surprise, Yusef also got off the bus.

They realized that they lived in the same dorm at the University but had never met each other up until that day.

In an even stranger twist of fate, they later found out that they lived on the same floor and only a few doors down the hall from each other!

As they say, the rest is history..” The proposal was actually pretty anticlimactic/uneventful. From the moment we met we knew were meant to be together—for the both of us it was a very strong feeling and it felt very obvious that the universe had pushed us to meet for a reason.

We both told our parents immediately and at first mine especially were skeptical.

After a year of getting to know each other, my parents invited Yusef to meet them at our home in New York City.

The wedding planning process was absolutely INSANE. Not only were Yusef and I living in separate states, we were both living in a separate state from where we were planning to have the wedding. I was interviewing for medical schools which, in the US, is an extremely intense and time consuming process—any time I received an interview I had to drop everything and fly to the school.

God bless my mother—she orchestrated most of the wedding and is the MOST detail oriented person you will ever meet.

Most of our planning was done over a 2 week period during which our winter break overlapped.

Thankfully we were able to do much of the heavy lifting during that period so for the remaining 6 months leading up to the wedding we just had to deal with all the small details that go into wedding planning. Planning the wedding was difficult from this respect because I am Egyptian, my husband is Libyan, and we are both born and raised in America. So there were so many different facets of our culture and religion that we wanted to incorporate.

We had a mixed henna party before the wedding where we did much of the cultural traditions.

For the wedding, we went with a more Western vibe. Unlike most Muslim weddings, we chose to have our religious ceremony outside a mosque in front of all our friends and family.

It was extremely difficult to find a Sheikh able to perform a nice ceremony that was very progressive, but fortunately one of my dad’s close friends, Sheikh Shaker El-Sayyed, was willing to fly out from Virginia to perform the ceremony!

The ceremony structure was the first of its kind in our community—I walked down the aisle, we had a reading of the Quran to open things up, the Sheikh gave a sweet and funny speech about marriage, we did the formal contract signing with our fathers in front of everyone, and then Yusef and I read our own, personal vows before exchanging rings. It was kind of a fusion of Islamic and Western traditions.

For the reception, we had a traditional arab Zaffe entrance, and danced a lot of Dabke, but my sister also played a piece on the piano, my mom read a beautiful poem that she wrote in Arabic, and Yusef performed a rap for everyone! It was truly a fusion ceremony from all respects.

My dress is the first thing I bought for the wedding. All things considered, finding my dress was actually a very easy process.

Because I wear the hijab, and we were having a mixed wedding, I knew up front that I would need a long sleeve, modest dress.

Of course, when I said this to the sales clerks, they started bringing me these horrifying, baggy, unflattering lace dresses that looked like they were meant for a much older bride.

The second I tried the dress on (it was only the third or fourth dress I tried) I knew it was the ONE.

After that, I became obsessed with creating a wedding that matched the dress seamlessly.

The only problem with the dress was that it was mostly see through. Thankfully, they were able to add additional appliques to cover the plunging bodice and line the dress with a very light, nude fabric so it wasn’t obvious that it was lined, but it was obvious enough that I was still covered.

For both of us, marriage is a very religious concept – it is a union made before God—and as such I think we both had this very strong feeling that after getting married it was our job to help each other be the best Muslims we can.

That means praying together every day, reading more Quran and just learning together how to best practice our religion and positively affect those around us.

More than that, I think the most significant part of marriage for us is having an equal partner to go through life with.

We both have very competitive ambitions, and knowing that we both have a partner to lean on in the good times and bad, and that we both have someone to help us reach and celebrate our goals (and commiserate with us in our failures) is the greatest perk of marriage.

The entire day was so magical!! From beginning to end it was beautiful and unfortunately it flew by so quickly.

Some memorable moments include our first look—I was a little nervous leading up to it but the moment I saw him for the first time that day I felt so calm and at peace. Overall Our wedding was truly special because of all the love from our families that went into planning it. We had friends fly in from all over the country to attend, and family fly in from all over the world, and that is really what made the day so special—having all the people we love in the same place for what will be the only time in our lives. My only gripe is that the day went by too quickly—I wish it could have lasted longer. 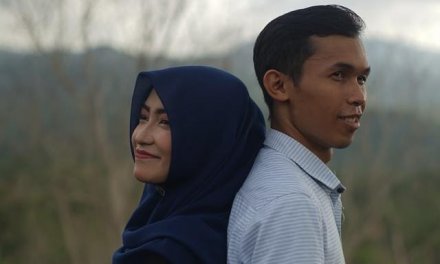