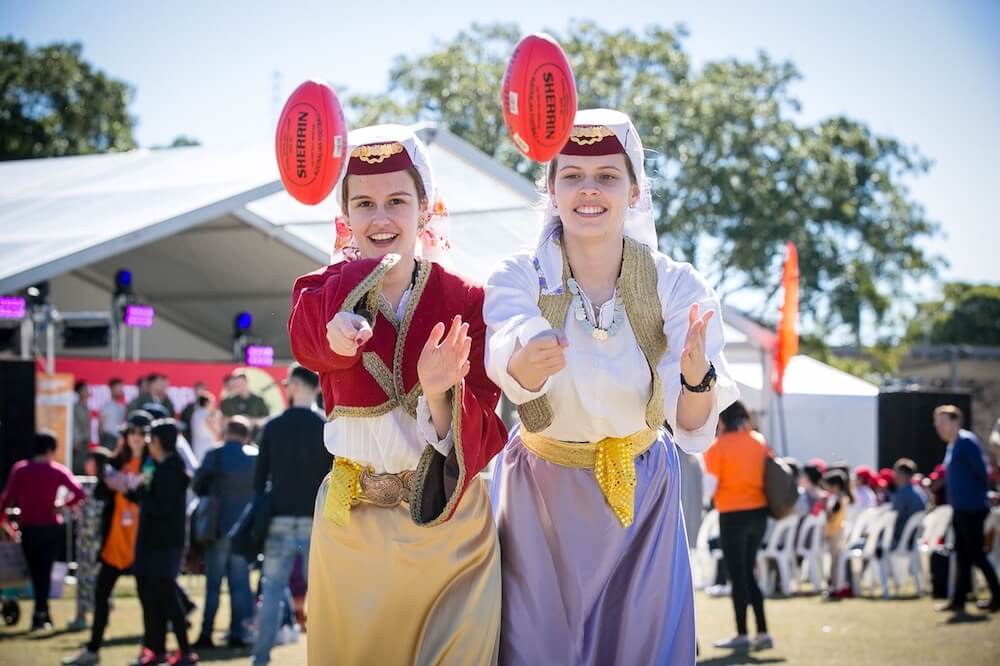 The 2017 AFL Multicultural Festival, was held on Saturday 29 July at Cathy Freeman Park located at the Sydney Olympic Park attended by more than 15,000 people from diverse communities.

The festival, presented by Australia Post and supported by Multicultural NSW delivered an extensive range of cultural performances and workshops that created a cultural whirlwind never seen before in Sydney.

The AFL Multicultural Festival is centered around sports as a bridge connecting Western Sydney’s ethnically and culturally diverse populace with the mainstream Australian community sharing a passion for Australian Rules Football.

Nickie Flambouras, AFL NSW/ACT Multicultural Programs Manager said, “Australia is a country that is multicultural and at the AFL we want to use sport as a way to connect with new and emerging communities arriving into our country.”

The festival was held a few days after the AFL launched of the 2017 Toyota AFL Multicultural Round at Lachlan’s Old Government House in Parramatta on 25 July. The purpose behind the AFL Multicultural Festival was to bring together communities and increase their representation within the game, in a way that reflects Australia’s contemporary identity as a successful multicultural country.

The festival provided an exceptional platform for lovers of art, culture and sport to experience an exciting cultural celebration and was designed to introduce new cultures to the game of Australian Rules Football and did so very successfully. Photo by Narelle Spangher.An Australian artist of Sikh heritage, L-Fresh’s powerful lyrics advocate acceptance, understanding and respect amongst all members of society – irrespective of their differences.

The AFL Multicultural Festival featured six hours of entertainment, including 500 performers from across 20 culturally diverse communities from 12 pm to 6 pm.

In addition to the performances, the 2017 AFL Multicultural Festival featured an extensive array of cultural activation stands, food stalls and resource hubs that provided both informative and hands on experiences to all attendees. Photo by Narelle Spangher.AFL General Manager of Inclusion and Social Policy, Tanya Hosch explained that the round was an important reminder to AFL fans and the wider Australian community about embracing cultural diversity within our migrant nation.

“We see more than ever that the community level and grassroots football is starting to reflect the cultural diversity within our country, and the work we do through our Multicultural Programs – with our community inclusion partner Australia Post – needs to be credited,” Ms Hosch said.

The attendees were able to free their mind and body with a Tai Chi activity and listened to the incredible voice of Kamahl, the Australian veteran singer with over 10 million record sales under his belt.

The Riverside Theatre delivered the rendition of the multi award-winning musical, Miss Saigon, the second massively successful offering from the creators of Les Misérables, where a passionate, profound, and heart-wrenchingly honest, Miss Saigon depicts the tragic love story of a Vietnamese woman and her American lover during the Vietnam war.