The Quran, entirely in God’s voice (kalamullah), stipulates that, “We have sent it down as an Arabic Quran so that you [people] may understand” (12:2) and therefore the sacrosanct nature of Arabic in Muslim hearts has held strong for centuries.

Guided by Allah’s commandments to the Prophet Muhammad (s) to “read”, Muslims of the early Islamic civilisation were extremely dispositioned to seek knowledge even if it were in China and to spare no effort in advancing the cause of Arabic literacy.

The efforts of Muslims to transform these teachings into a way of life fashioned a significant body of written knowledge and solidified Arabic’s position as a lingua franca of the Muslim civilisation for hundreds of years.

It also led the rise of the translation movement that lasted for three hundred years, which rendered the ancient knowledge of the Greeks, Indians and Persians into Arabic. In these efforts, Muslim leaders were devoted to equipping Muslims with Arabic, especially the recently converted, in what is considered one of the earliest grassroots literacy campaign.

At the root of this success was an inherently flexible and progressive educational framework, supported by the government and bureaucrats alike. For example, Ghislaine Lydon notes the renowned scholar Ibn Khaldun (14th century) identified that in Muslim Spain, West Africa, and Morocco students acquired Arabic literacy through the mastering of whole words, whereas in Cairo and other parts of the Middle East this was done by learning individual letters of the alphabet.

To some extent, the rise of the Ottoman Empire cost Arabic its position as a Muslim lingua franca. Its position has been further weakened by various factors, that include, the rise of English as a lingua franca; the translation of religious texts; nationalism and globalism.

Therefore, the success of Arabic literacy has become less evident in recent times among both Arab and non-Arab Muslims. However, most concerning is an emergent disinterest in, and ambivalence to, Arabic and its role in Islamic education. Today non-Arab Muslims are less inclined to learn Arabic than in the past.

Primarily, there seems to be a misconception among many Muslims that learning of Arabic is the responsibility of the religious elite. This is particularly common among women and could not be any further from the truth.

However, there also seems to be misplacement of values. While the difficulties of learning a language could be a deterrent, the reality is that many Muslims learn English and go to great lengths to do so, due to a perceived value in engaging in this activity.

We know this to be true in other societies, in fact, to echo the sentiments of Sheikh Hamza Yusuf, many Muslims speak English better than the Queen, but what about the King’s Arabic?

However, most concerning is that this disinterest in Arabic is being normalised. In fact, many societies and Islamic educational institutions pay little attention to the “key to the Quran” and are more concerned with promulgating rudimentary literacy, or recitation without comprehension, than with genuine language learning.

Therefore, the absence of curricula, resources, trained teachers, research and quality control in Islamic educational settings have become common place. The normalisation of this disinterest in Arabic has its core an ambivalence to the role it plays in shaping the worldview of a Muslim.

Since, perceptions of the world are greatly influenced by language; loss of Arabic literacy is one of the biggest threats to contemporary Islamic civilisation. 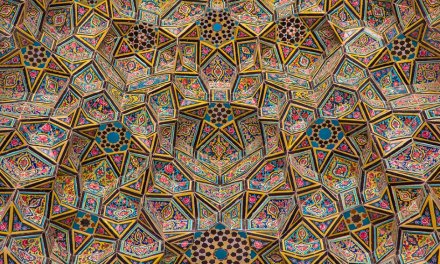