From 1 July 2017, the largest 5 banks (Commonwealth Bank of Australia, Westpac Banking Corporation, National Australia Bank, ANZ and Macquarie Group Limited) will pay a levy of 0.06% on their client deposits, raising $6.2 billion over the next 4 years.

They will face up to $200 million in fines if they cover up misconduct by their executives. In addition, senior bank executives could be stripped of bonuses, deregistered or disqualified if they breach new accountability rules.

Australian banks are the most profitable corporate entities in the World. Australian consumers pay higher fees and margins for bank products and services. Hence, they are in a financial position to pay this levy to the government from their own profits rather than pass it on to customers.

An analysis by the Australia Institute found that Australian bank profits equate to a staggering 2.9 percent of Gross Domestic Product (GDP) which is highest in the World. The contribution of the US bank profits is 1.2 percent to their GDP and the UK banks contribute only 0.9 per cent to the British GDP.

According to Financial research group Morningstar, in the financial year ended 30 June 2016, the Return on Equity (ROE) for Australian banks was 14 percent. The ROE of  US banks was 9.5 percent, European banks were 4.7 percent and the British banks produced a return of only 1.7 percent.

Australian Bankers’ Association (ABA) says that the levy will be paid by some combination of customers, shareholders and the general public through their investments in superannuation and other vehicles. There has been a strong opposition by the general population to this view of the large banks.

It is now surfaced that Federal Treasury assumed banks would pass on some of the $6.2 billion tax to their customers when it was costing the policy, despite the government urging the banks to absorb the imposition. The Treasury recently revealed that it had assumed “some pass-through of the levy to customers as evidenced by the previous behaviour of the banks.”

All taxpayers including individuals, sole traders, companies, trustees of trusts and partners of partnerships pay their taxes due on them. Banks as companies should pay their own taxes rather than passing on to customers in order to create good will among Australian communities. 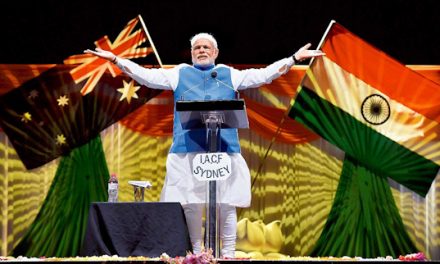