Often times, when crimes are committed, the spotlight is shone on the accused and the victim. In this backdrop, the families of the above mentioned facing intense social, economic and emotional trauma are ignored leading to negative implications.

To deal with these implications the community initiative ‘Locked Out’ was started. It is the first Muslim specific family, reintegration and community building program for those who are impacted by incarceration in New South Wales.

“One of the hardest things about my son being in jail is the feeling that maybe I could have done something differently while he was growing up.”

The culturally and religiously sensitive support program has partnered with the NSW Community Restorative Centre – the lead organisation in NSW supporting families and released prisoners. This organizations provides counselling, vocational training and professional and volunteer support for Muslim families who have a loved one in prison.

Children from families who are exposed to the jail system are vulnerable to being sucked into the cycle of crime and hence need community support to encourage growth.

The account of the wife of an inmate is instructive in this regard; “I have two boys, and they were two and three when he first got locked up. I believe that I have two choices; I walk away and they lose the only contact they have with their father or I stay and take care of them. You don’t want these kids to grow up and go through the same things the statistics say. No, that’s not going to happen on my watch,”.

Locked Out recognises the impact of a person’s imprisonment on their family together with the dominant social stigma associated with crime that prevents families from seeking help in distressing circumstances.

“If my son was here right now and you asked him what kind of support would have benefited him as soon as he came out of jail, he would’ve said I wish that there was somebody there to support my mum.”

The organisation works closely with the NSW Justice System to aid with the families of those in custody and encourage positive reintegration into society when they leave prison.

Locked Out is raising funds for the important work that they do. They have successfully raised $4500 so far, however they need financial support with a 100K goal.

Donate to Locked Out by visiting their crowdfunding page  https://www.gofundme.com/lockedout. 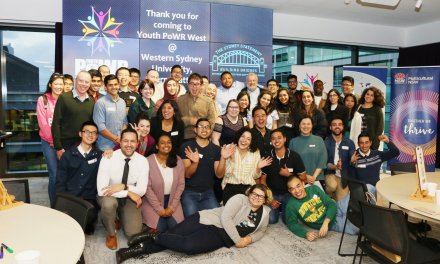