The Federation of Ethnic Communities’ Council of Australia (FECCA) is strongly opposed to the Immigration Minister Peter Dutton’s proposal of raising the English language test’s standards because there is “strong public support and that English competency is “essential to economic participation and social cohesion”.

In an exclusive interview given to AMUST on Friday 23 June, , Mr Joseph Caputo OAM, Chairperson of FECCA said that he strongly disagreed with these assertions by the Minister.

“Having this very high bar of English skills is discriminatory and makes it really difficult for a certain number of people to overcome. It will not apply equally, especially for those coming from non-English speaking countries,” Mr Caputo said.

The Federation of Ethnic Communities’ Council of Australia (FECCA) is a national body that aims to promote multiculturalism and diversity. The Council works to help direct government decisions that enable equal opportunities for minority populations within the country.

FECCA is a federated body representing all the ethnic communities’ councils in all the states and territories such as people from Lebanese, Indian and Iraqi backgrounds among others.

It has played a vital role in advising against the new recommendations made before the Australian Parliament in June 2017 regarding changes to the Australian Citizenship scheme, saying that it will make citizenship difficult for those otherwise worthy of the status.

For Mr Caputo, making the English citizenship test standards on par with that of university standard means that many non-English speaking people will be more disadvantaged than they already are.

“Most people that don’t speak English know that they won’t achieve true equality or aspire to have a really well paid job,” Mr Caputo said.

The need to adhere to the broad term ‘Australian Values’ to attain citizenship is laughed off by Caputo, who fails to understand what the term encompasses.

“My mother hardly spoke English, but her values were that you always be well behaved, you should never hurt people, you should respect others and things and things like that. These are not just Australian values, they are universal values that most cultures have ,” he said.

Apart from policy work, FECCA also contributes to the society in other ways. It has been selected to receive a Community Awareness Grant to encourage more people to join the Australian Organ Donor Register online and discuss their donation decisions with family and friends.

With this grant comes the opportunity for FECCA to produce a special edition of its magazine ‘Mosaic’ which will focus on organ and tissue donations.

“We will deal with it in a more nuanced way – the very issues, the need for organ donation and the importance of donating organs,” Mr Caputo said.

To consolidate on its work done so far, FECCA is set to have its Biennial Conference in Darwin this October that gathers representatives from different areas to promote diversity in the community.

“The aim of the conference is to bring together people from all over the country in a unique way. We bring about people from so many different backgrounds with about five hundred delegates each Biennial Conference.”

Mr Caputo recognises the potential backlash against the usefulness of such an event in bringing about material change, however he maintains that small steps are needed to bring about democratic change.

“It’s much easier to bring about destructive and negative changes immediately than the opposite,” he said.

To improve the utility and impact of the conference, Caputo stressed on the need for better funding to allow the organisation to reach a wider audience and make a greater impact.

Despite these obstacles though, FECCA continues to fulfil its role as a representative of ethnically diverse communities to advocate and promote issues to the government, business and the broader community. 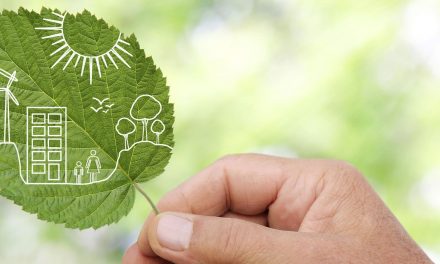