Suprovate Sydney, the Bangladeshi newspaper organised a community discussion on “Position of Bangladesh on World Human Rights gauge” at an Iftar on Wednesday 31 May at Grameen Restaurant in Lakemba.

The event was attended by Bangladeshi community and media persons of all shades and opinions as well as representatives of  a number of community organisations based in Sydney.

The audience were addressed by community leaders who voiced their concerns at the human rights situation in Bangladesh while Mr Hoque gave a keynote speech giving first hand information on human rights violations in Bangladesh and efforts by his organisation in this area. Mr Hoque said that National Human Rights Commission, Bangladesh was a statuary body sponsored by the Government of Bangladesh but was an independent organisation looking after the human rights of all people of Bangladesh away from party politics.

He pointed out that the human rights situation throughout the world was of great concern, but in Bangladesh the situation was worse due to a number of reasons including poverty, political instability, lack of education and inequality of wealth.

He said that his institution was relatively new, founded in 2010, but was making good progress in setting up branches and offices in various parts of Bangladesh and addressing human rights violations of all Bangladeshis. He was especially concerned about violations of rights of women in Bangladesh and his organisation was looking into these as a matter of priority.

Mr Hoque also raised the issue of human rights violations by the law enforcement agencies where police have been committing criminal offences against citizens. There was widespread concern that the Police did not register cases of criminal activity by police personnel that was against the constitution of Bangladesh and its laws.

The discussion was concluded by Mr Abdullah Yousuf, Editor in Chioef of Suprovate Sydney with vote of thanks followed by Bangladeshi style Iftar enjoyed by all guests. 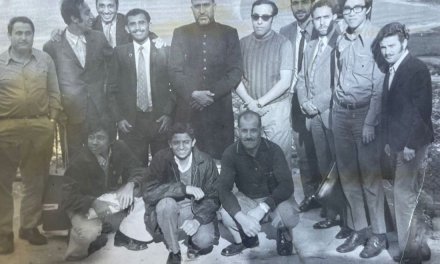