More than a thousand protesters gathered on the steps of Sydney Town Hall on Monday 15 May at 6.30 pm to commemorate 69 years since the Nakba, the “day of catastrophe” that marks the illegal establishment of the state of Israel in Palestine when over 750,000 Palestinians were expelled from their homes and 500 villages and towns were destroyed.

Organised by the Palestine Action Group Sydney, the event was held for activists to voice their resentment against the ongoing ethnic cleansing being carried out by Israel today and to remember the thousands of people who have died while fighting for justice. 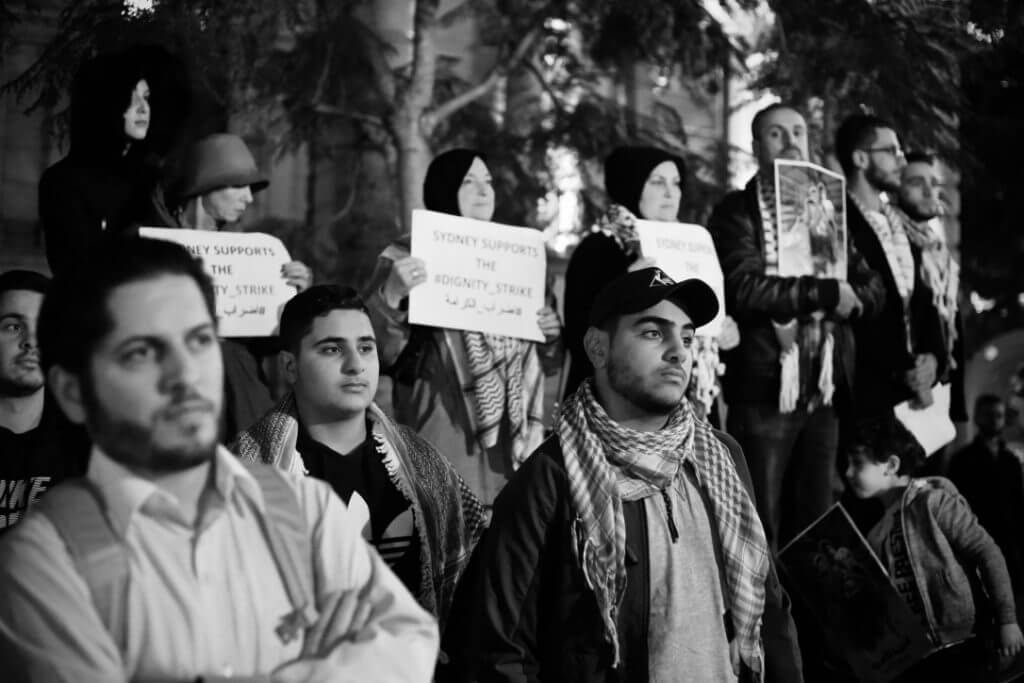 After giving a brief introductory speech into the current condition of Palestinians, the hosts participated in a salt water challenge in solidarity with thousands of Palestinians who are on hunger strikes in Israeli prisons.

Dr George Hatoum, a Palestinian community advocate, and Marcelo Svirsky, a Jewish academic at the University of Wollongong spoke about the importance of the BDS movement; a Palestinian-initiated campaign for boycott, divestments and sanctions against the state of Israel. 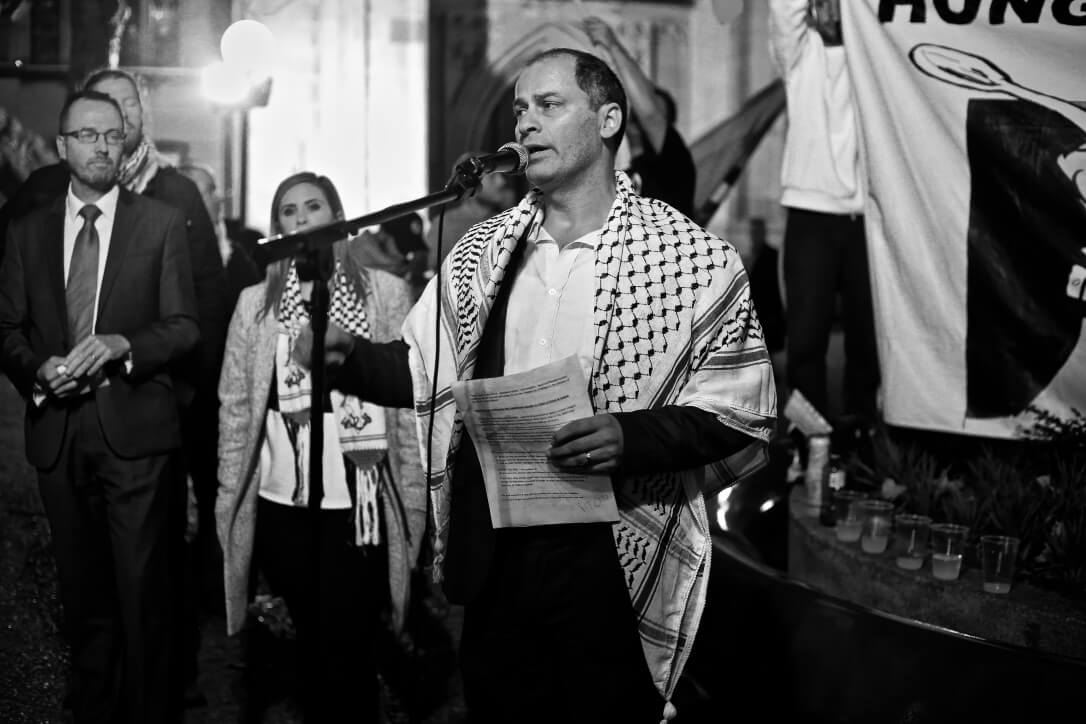 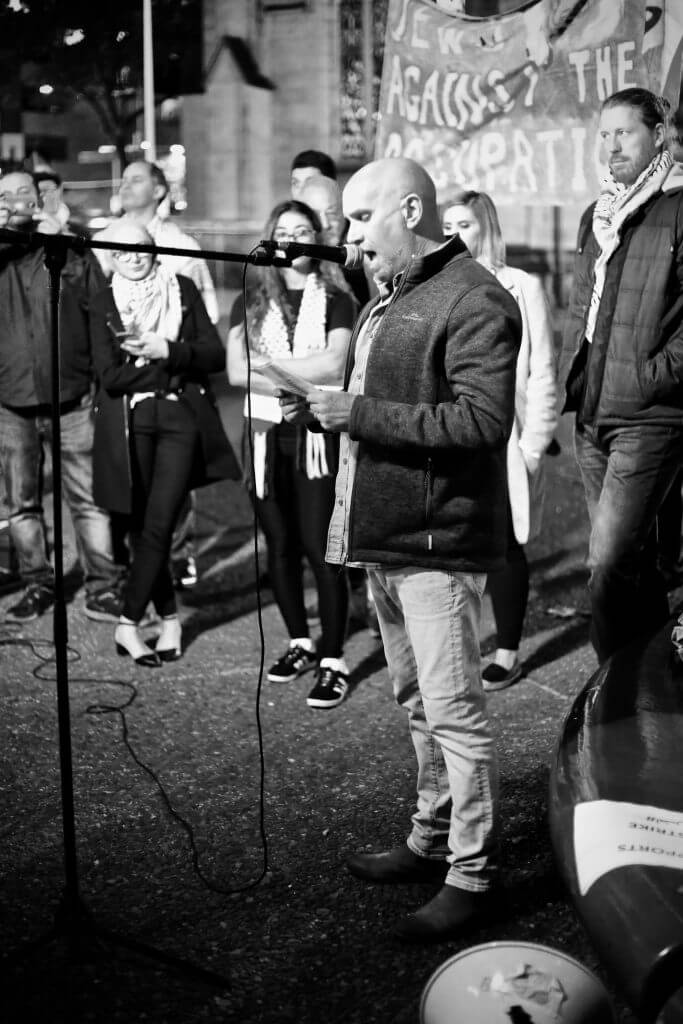 “we should not stop at what is politically convenient to us, but we must act upon the demands of the oppressed”.

Among the attendees was NSW Greens MP, David Shoebridge, one of the few pro-Palestinian politicians from Australia to ever visit Palestine. He shared his experience during his trip to Palestine where he was deeply affected by the unfair treatment and obstruction of basic human rights by the Israeli’s. 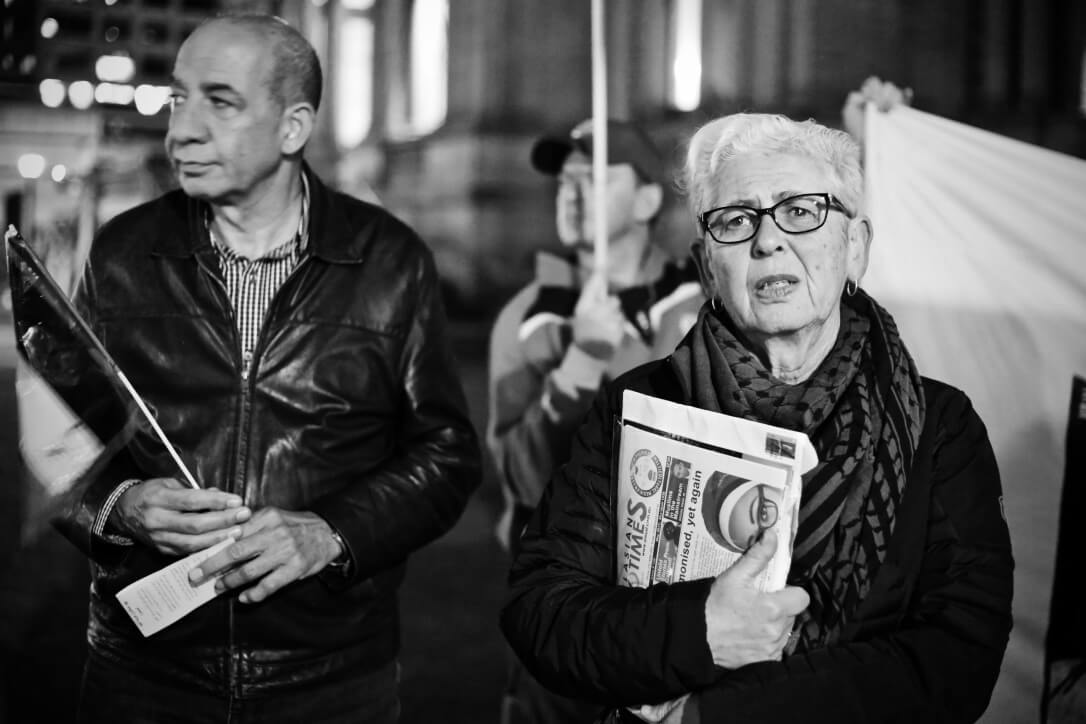 A protester at the rally holding her copy of The Australasian Muslim Times. Photo: Yusra Hadi.

Before leading the crowd to march, Dalia Qasem, a student at Macquarie University shared the story of her great uncle who was a martyred in Palestine. She raised the importance of attending this event and what it means for the younger generation to support and advocate for Palestine.

Shortly after, the boisterous crowd marched their way through the city circle waving their Palestinian flags up high and chanting loudly

“in our thousands, in our millions, we are all Palestinians!”

Amongst the crowd chanting was Palestinian-born, Aseel El-Kurdi, who travelled just over an hour from the Western Suburbs to attend the rally.

“The Nakba signifies a really important time for me and my family because that was the moment when everything was taken away from us. The repercussions of this day have not only impacted those who have experienced it first hand, but also the many generations that come after,” said El-Kurdi from Bankstown.

The night was successfully managed by authorities and concluded with a positive reaction from the public. 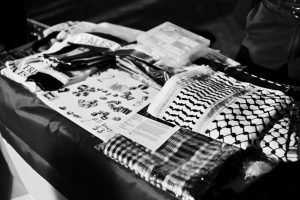 Palestinians continue to face the consequences of a decades-long occupation and process of colonisation and are still waiting for their internationally recognised right of return to their homeland. 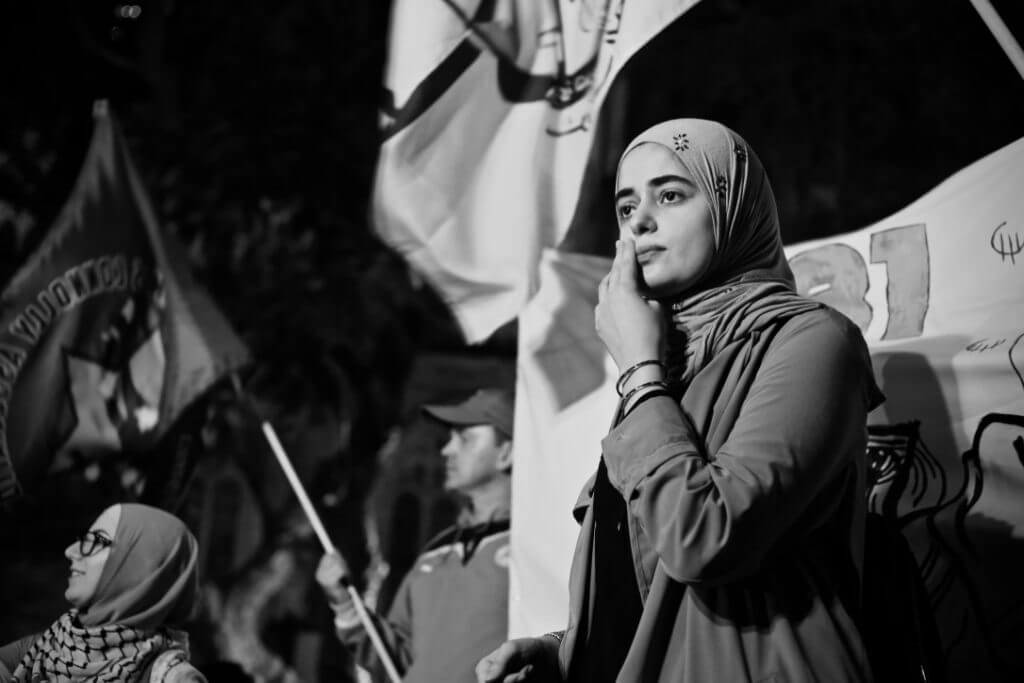