Academic and Author, Dr Susan Carland was the star at a packed Sydney book reading event on Wednesday 10 May at Gleebooks in Glebe. It was an opportunity for readers meet and greet the author and listen to excerpts from her book “Fighting Hislam”.

The Muslim community as portrayed in the West is considered a misogynist’s playground where feminism is often regarded with sneering hostility.

This has been demonstrated by the number of articles produced by mainstream media about her book attacking and making claims that feminism and Islam are mutually exclusive.

What would our mainstream media be without tearing down one of the most intelligent and forward thinking Australian Muslim women in our community shedding light on an important issue within and outside of the Muslim community.

Yet between those two views there is a group of Muslim women many do not believe exist: a diverse bunch who fight sexism from within, as committed to the fight as they are to their faith. 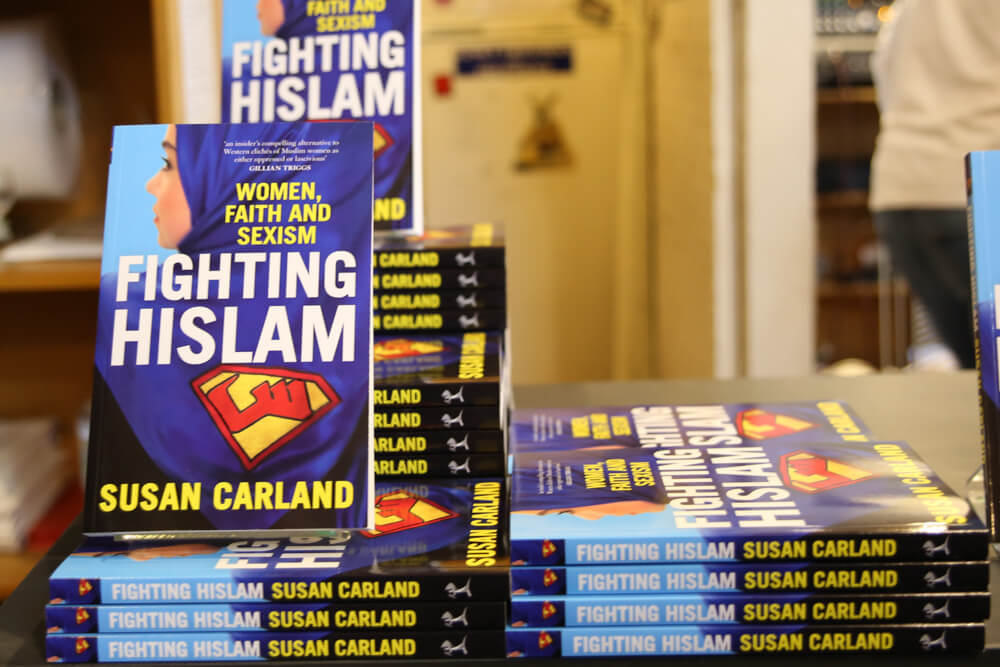 Hemmed in by Islamophobia and sexism, they fight against sexism with their minds, words and bodies. Often, their biggest weapon is their religion.

Susan talks with Muslim women about how they are making a stand for their sex, while holding fast to their faith.

In her book, Susan interviewed all types of different Muslim theologians, writers, activists and bloggers for the book. Many of the women she spoke to share the frustrations, not only with the way the non-Muslim community understands their faith but the way other Muslims do.

At a time when the media trumpets scandalous revelations about life for women from Saudi Arabia to Indonesia, Muslim women are always spoken about and over, never with. In Fighting Hislam, that ends.

“People don’t realise the influence culture has on faith. The Muslim community in Australia is incredibly diverse. We are all Muslims. There’s something that unites us but there is also really important diversity that exists within … It’s so multicultural and yet we’re all clumped together [but] if you look at the countries of origin, they often practice Islam in very different ways. Somali Islam is practised in a very different way and understood [in a different way] to Indonesia, Afghani Islam, Saudi Islam” she said. “The impression is it [Islam] is a monolith. It’s not,” Susan said. Susan is an inspiration for many and her book, Fighting Hislam is a compelling read shedding light and sharing stories otherwise untold.

Dr Susan Carland is a lecturer and researcher at Monash University’s National Centre for Australian Studies.

She has been listed as one of the 500 Most Influential Muslims in the World, and as a ‘Muslim Leader of Tomorrow’ by the UN Alliance of Civilizations.

She was a co-creator and presenter of the ground-breaking television show, Salam Cafe and is an ambassador for Possible Dreams International. “A to Z of Mini Muslims” community book launch