The second group of Indonesian delegates visited Australia from  16 to 30 April under the Australian-Indonesian Muslim Exchange Program (MEP and comprised of an interesting mix of a head of school, social entrepreneur, program manager, director for education, photographer and task force manager.

The Muslim Exchange Program has been successfully operating since 2002 and it involves visits to Australia by groups of young Indonesian Muslim community leaders to have a greater awareness of Australia’s multicultural society.

The Indonesian delegates went to Melbourne, Canberra and Sydney within a period of two weeks and visited prominent universities, mosques, interfaith organisations and businesses and had the opportunity to meet a variety of community leaders. Zia Ahmad sharing the history of AMUST with Indonesian delegates.

The Indonesian delegation comprised of five exceptional professionals that all brought a diverse level of experiences and knowledge. They include:

Starting in Melbourne, the delegates took a tram to Federation Square to see the popular sites of Melbourne, visiting the National Gallery of Victoria and exhibitions till the evening ended with a dinner with the Muslim Exchange Program alumni.

After visiting the State Library and participating in a mosque tour with Sheikh Abdulla Hawari, Imam of the architecturally innovative Australian Islamic Centre and Newport Mosque, They visited the Channel 10 studios and participated in the studio audience for The Project TV Show followed by a dinner with Waleed Aly, a prominent Australian Muslim writer, academic, lawyer, media presenter and musician.

While in Sydney the Indonesian delegation paid a visit to the Australasian Muslim Times offices at Bonnyrigg, Sydney led by Mr Rowan Gould, Director of the Australia-Indonesia Muslim Exchange Program. Mr Zia Ahmad, Managing Editor of AMUST briefed the delegates of the history of its publication, editorial policy and sustaining it as a non-profit project run by volunteers.

While answering to delegates enquiries, Mr Ahmad said that the freedom of speech provisions and the great professional facilities in Australia provided a unique and great opportunity to publish AMUST for all Australians while highlighting positive stories from our diverse community.

The delegates went to Balcombe Grammar, a private Christian primary and secondary school in Mount Martha meeting with students and teachers including Natalie Kurelja, Head of Faith and Wellbeing, and Matthew Dodd, School Principal. Delegates to participate in interactive sessions with Year 8 Faith and Wellbeing, Year 10 English, and Year 11 Politics students.

A dinner with Zalman Kastel, the National director of Together for Humanity and his team. Indonesian delegates with Zalman Kastel, the National director of Together for Humanity and his team 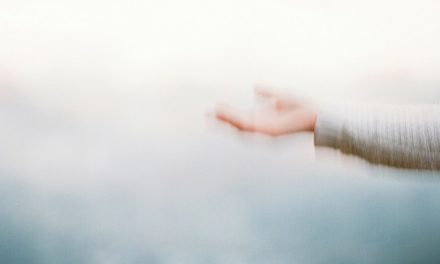 The Science of Sydney Alliance