On the outs of the community The Muslim community is not a social group, it’s a social network where the operative word is network. You see, often people can get confused between your real friends or acquaintances, and networks, ie the people who connect with for a specific professional purpose. Whilst a friend can be a network, a network cannot be a friend.

If I had a dollar every time people made this uncomfortable realisation that their networks are not, in fact, their friends – I’d have a couple hundred dollars right now. It’s something I come across time and time again.

People make this realisation, and then deal with it by deciding to leave the community because dealing with the aftermath – ain’t nobody got time for that. It’s at this point when they truly realise who was a sincere friend and who was a network, who’s willing to make the effort to contact them.

It’s only until something negative happens, that you realise who your real friends are.

For example, if you’re in the Muslim community by volunteering for an organisation or project where you end up meeting many Muslims who are doing the same thing – you’re immediately part of the network.

And by meeting all those Muslims, you happen to fancy one of them and initiate a relationship to get to know each other.

Once your relationship reaches a certain point where you go public, it’s a pretty big milestone, like a point of no return.

However, if for whatever reason, the relationship fails – there seems to be a common scenario where one person stays connected in the community, and the other person leaves, disconnected.

They begin to privatise their life, disconnect of social channels and become selective who they communicate with from the community.

Another example is when there is a showdown between two popular people within the community, that have some sort of issue. Besides all the gossip and drama, there always seems to be one person who tends to bow out.

When this happens, I try to reach out – just to see if they’re ok, and often I am met with trepidation.

Sometimes I think about what people go through when they choose to be out of the community network, do they feel that they can no longer have a public platform out of embarrassment or shame?

Although we’re not close and I was more of a network, I like to think that I would still be able to maintain some sort of friendship with people who leave the community.

I have no interests in having networks without establishing a friendship first. Why should you plan a day out to the royal botanic gardens? 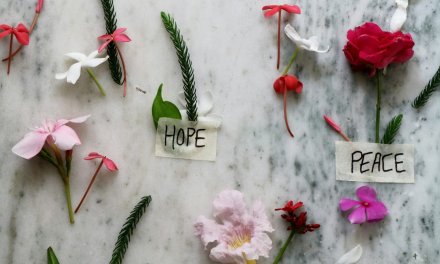