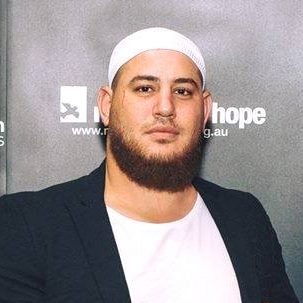 Since first opening his account on Facebook ten years ago, Dabliz gained a quarter of a million followers and became a very well-known figure in the Muslim community.

What initially started as a page filled with humorous skits and videos later expanded into an influential and educational page for youth around the world.

After discovering that his Facebook page was disabled on May the 4th, Dabliz posted a video to his Instagram expressing his agony.

“I’m devastated, I’m heartbroken, I’m upset, I’m frustrated. Words can’t describe the way I’m feeling at the moment. I’ve been booted off Facebook. Everything we have done is pretty much gone”, he said.

Dabliz contacted both the Facebook office in Sydney and the United States but still had no answers and no access to his page.

According to the community standards on Facebook, a page can be blocked when there is “a genuine risk of physical harm or direct threats to public safety”.

Throughout all his years on Facebook, Dabliz has not posted anything negative or harmful that could threaten anyone.

A fan from Qatar started a petition on Facebook that gained thousands of signatures and comments to bring back Dabliz’s account which eventually became successful.

Although Dabliz has now regained full access to his page, Facebook has failed to justify their actions.

Dabliz will not take any legal action against Facebook but wants people to become aware that this can happen to anyone.

“I’m still going to do what I do – which is what makes the kids happy. I made a promise to myself that whenever I have the time, I’m going to give back to the youth free of charge”, he said.

Dabliz extends his appreciations to his fans and supporters who have backed him throughout these difficult weeks. “I am forever grateful and I thank everyone who supported me”, he says. We are the same