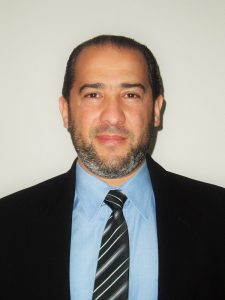 Dr Rateb Jneid from Perth, WA was elected as the New President of AFIC.

The Australian Federation of Islamic Councils held it 53rd Annual Congress in Sydney from Saturday 6 May to Sun 7 May and has elected a new executive committee led by Dr Rateb Jneid, its Perth based President.

AFIC also known as Muslim Australia supposedly represents Australian Muslims with a three-tier structure on local, state and federal level and its annual congress gathered delegates from all states of Australia including ACT, Northern Territory and Christmas Island from member societies as well as state councils.

The organisation has been plagued by infighting, court cases and accusations of mismanagement of its schools in various states of Australia for the last few years.

The elections, however, did not bring a completely new team and still consists of members of the old guard who have been involved in AFIC in some capacity for past few years.

The immediate past president Mr Keysar Trad who contested to be the President again and Mr Hafez Kassem who recently served as President for a number of years are both out of the AFIC’s new team. So is Mr Amjad Mehboob, another mover and shaker at AFIC for decades who did not attend the congress proceedings this year.

The new Executive Committee of AFIC and the office-bearers will hold office for the next three years:

As per AFIC tradition, the Annual Congress Dinner was held to celebrate the 53rd anniversary of Muslims Australia on Sunday 7 May at the Stamford Plaza Sydney Airport hotel.

The inter-state delegates and Muslim leaders were joined by many other members of the Muslim community of Sydney as well as representatives of multicultural and interfaith groups, political leaders, Imams, academics, diplomats and business leaders.

The event was MC’d by Mr Keysar Trad who graciously accepted his defeat at the elections and conveyed his best wishes to Dr Jneid. He entertained the guests with his jokes regarding his romantic poetry and his continuing but failed attempts to obtain a second wife. On a serious note, he vehemently condemned domestic violence and expressed his great love and respect for women.

Dr Jneid while addressing the guests at the Congress Dinner assured that AFIC under his leadership will be transparent and will work hand in hand with the AFIC State Councils and member Societies to uplift the image of AFIC.  He thanked the outgoing Executive Committee and its President Mr Keysar Trad for their performance during the difficult times.

Imam Jasmin during his keynote address as the guest speaker drew attention to AFIC’s legacy for the last five decades and the positive contributions of this umbrella body of Muslims during the last 53 years in spite of some recent setbacks.

He called on various societies and some state councils to re-join AFIC and strengthen its structure and work from within to reform it.

The Greens leader Senator Dr Richard Di Natale stated his strong support for refugees and minorities and acknowledged the great contributions to Australia by Muslims.

He criticised the excessive emphasis that the Liberal government was placing on new migrants regarding the learning of English which at times was difficult for people of non-English speaking background.

“My grandmother for 50 years never spoke English but she made a great contribution to Australia,” Dr Natale admitted.

The event started with a moving recitation of Quran by Sheikh Khalid and dua in his melodious voice by Maulana Nazeerul Hasan Thanvi. Other speakers at the congress included Sheikh Yahya Safi and Father Mansour.

A colourful Annual Report covering the period of 2016-2017 was circulated during the Congress Dinner highlighting the activities and achievements of AFIC including its pledge to follow best practice models in financial management, undergo constitutional review and in developing a strategic vision and future directions of AFIC.