Syria through the eyes of travellers The purpose of this piece is not to eulogise Syria, but instead to present a less-discussed picture of the country in this unfortunate time of war and devastation.

Through the eyes of fellow travellers, I hope for us to be provided an insight into the beautiful lands of Al-Sham, its people, and its spirit.

Through this, let us renew our commitment to ensuring the various treasures of this land (most pertinently, its people) are preserved, honoured, and that Syria is restored to its full grace with an end to conflict and oppression.

Regarding Al-Sham, Ibn Hawla narrated: “When he [the Prophet (s)] noticed my distaste for Syro-Palestine, he said: Do you know what Allah says about Syro-Palestine? Allah said: Sham! You are the quintessence of My lands and I shall inhabit you with the chosen ones among my servants.

-The excellence of Syro-Palestine -Al Sham – and its people, Sh. Gibril Fouad Haddad.

If you’d like to learn more about what you can do in response to the situation in Syria, see here, or here (for Australians). Remembering Syria regularly with dedicated prayers, is a good start. Syria has a special place in my heart. Damascus, Aleppo, Palmyra, Homs, Hama and Maloula. Each of these places left a deep impression on my soul. I was moved by the hospitality of the people, the incredible layers of history & culture, the smiles of the children playing, the stunning visual art & architecture, the thousand stories in every corner of the old medinas. I can’t reconcile what has happened since. I send sincere prayers for peace and hope for a new generation. Yousaf while residing in Syria. Photo courtesy of Yousaf Seyal.

I like to think that I was the last American student pursuing Islamic studies in Damascus. On the contrary, I also believe that I was most opposed to traveling there when my mom decided to move there in 2006. As a fourteen year old living in a post 9/11 world, the images that were painted in my mind of the Middle East was barren deserts, violent men and radical Islam. I vividly remember the moment I wanted to burn my passport behind my parents’ backs, but I knew that a new one could always be made. I could not escape.

Antithetical to my assumptions, I walked out of Matar Dimishq or “Damascus International Airport” with an immediate sense of belonging. I knew I was supposed to be here, and I was amazed at the incredibly large mosques that I saw on the way to my new home. Maybe, it was the realization that religion embedded the culture of the Syrian people that attracted me. My feelings were confirmed the next morning at the azaan of Fajr prayer. I laid in my bed, imagined Jabal Qasiyun and mesmerized the endless echoes of the green lanterned minarets. I was here.

For the next six years, I breathed the air of baraka that filled the atmosphere of Syria. It was part of its ozone layer, something very particular to that region of the world. Chivalry was present throughout its streets; it was the nature that people lived. I saw men sit on the floor of microbuses for women to sit comfortably on seats. The women in my building sent us food to eat, even though I knew they were in financially difficult situations. My teachers never refused to share their time with me, and I would travel miles to sit with them for moments. I could not leave.

Fakhr al-Din al-Razi (d. 606/1209) said, “Islam is the worship of the Creator and the service of creation.” Returning to the States was difficult because I returned to a country that separate state from religion and encouraged individualism, personal rights and feelings over a collective consciousness that enjoined community in God consciousness. I will miss the calls of tafadal (Please, go ahead.), ahlan wa sahlan (Welcome.), yalla biddak shay’ (Do you need anything?), salli a’la al-nabi (Pray upon the Prophet!), Allah ma’ak (God be with you.) and all the other expressions that encouraged a life beyond ones own—physically and metaphysically. I was there.

If there is one message that I have for my people, it is that good work does not start with nonprofits or end with the establishment of institutions. Do not feel disabled because you have not dedicated years to pursue Islam outside of America. Rather, remember that you are always capable of sacrificing for others in hopes of seeking God’s pleasure, because good is not confined to the public image and God is not beyond reach. The air that I inhaled in Damascus was the breath of the prophets and the pious who transformed their locales by a transcendental sanad that transmitted states. Let sacrifice be your guide, service your mean and a society of selflessness your end. I cannot escape. When you first enter Damascus you are hit with a feeling of history and age. You are surrounded by rustic but majestic looking mountains, brown and dusty. They surround you on all sides. The city itself a bizarre mix of bustling and quiet and its roads are mostly cobbled. Syrians carry a calm demeanour and are very hospitable. Enter the Souk El-Hamadiya and it’s a hit on the senses, a long alleyway of vendors selling their wares and some delicious treats to be found in every corner. Bakdash is a popular ice cream shop there, with the most delicious ooziest ice cream I think I’ve ever had. The secret is the mistik they put in it. People literally pile in there en mass, sit on the tables and quietly demolish the ice cream, not unlike an army mess hall. If there’s one thing Syrians do right, it’s their sweets! Exterior of Masjid Al-Amawi. Photo Courtesy of May Fahmi.

Masjid Al-Amawi belies description. It needs to be felt. It’s ancient, spiritual, and its columns are huge. It’s lived through the ages and seen tyrants come and go. And I hope it stays standing. Bloudan. Photo courtesy of May Fahmi.

During the summer, Syrians escape into the mountains for coolness. Bloudan is on the way to Lebanon and not very far from the border. It’s still, cool and quiet. The water is fresh and air is clean. The snow was pristine when I visited. It seems like a beautiful getaway from the hustle and bustle of the city. Whenever I tell people of my time in Damascus before the war, I inevitably end up talking about the chaos. The mad bustling mess of colours, sounds and flavours, a sensory assault for those of us used to suburban sterility.

Life would flow all around me, through me, and often rudely shoved me out of its way. I learnt as best I could to navigate through it, learnt the ways of the people, the ways of the city, but still I found the disorder and confusion so grating.

But there was peace too.

I lived for 6 months in Damascus, in Rukn ad-Din (where else!) – The “Corner of the Faith”, a little maze of streets centred around Abu Nour, where people from all around the world came to study Islam – and I truly mean all around the world. I met people from Russia, Daghestan, China, Mongolia, India, Turkey, Thailand, and other places I’d never heard of before. I hardly spoke any English my entire time there. We spoke to each other in Classical Arabic, a strange linguistic bubble with a liturgical language as the lingua franca, and liked to think we were speaking as people did in the time of the Prophet, while the Arabs looked on and laughed at our Shakespearean formality.

Rukn ad-Din lay at the foot of Jabal Qasioun, a mountain standing overlooking Damascus. There are many legends about the mountain: that it was where Adam first lived, that it was the site where Qabil killed Habil, that is was where the 40 Abdal gather every night and pray tahajjud over the city to safeguard it. It was said that through history many a Damascene leader had ascended its stony steps and prayed for rain, for it was here that prayers would always be accepted.

I made many prayers on that mountain once upon a time.

To get to the top of the mountain, you had to pay a man with a ute to drive you up to a certain height, where the roads ended, and then walk the rest of the way. There were always a few drivers around, and their trucks were decorated with fake floral garlands and swathes of heavily patterned red-and-black fabric straight out of an Orientalist’s Bedouin tent fantasy – the kitschier the better.

I rode up by myself regularly, to the bemusement of the Syrian drivers, who either chuckled at my oddly-accented shami Arabic, pelted me with their curiosity or ignored me altogether. Even in the colder months I would walk up to the top with just my heavily worn leather sandals on my dusty feet, bought from Souk al-Hamiddiyya like a proper tourist, and ground into fraying threads like a proper seeker. 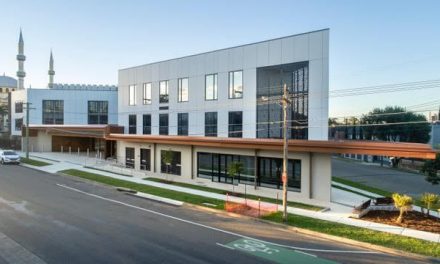