History testifies that all great Muslim leaders and scholars had a simple lifestyle of the ordinary citizen. Some even lived a life in poverty.

They did not leave almost any inheritance similar to Four Rightly Guided Caliphs. Not just these leaders but also their top administrators followed their footsteps as well.

Umar ibn Abdul Aziz after consulting with the great scholars of the time forbade trade and business for Muslim public servants including governors, military commanders, judges and their children. Later, this became part of Islamic law.

Some may argue that Ottoman Sultans lived in Topkapi Palace. Yes, but when compared with palaces in Europe at that period, Topkapi Palace was much simpler in style from its establishment, and most of the palace was built after Yavuz Sultan Salim.

In contrary to the Muslim leaders,  while the European leaders were living in palaces during the so called Dark Ages; there were conflicts, civil wars, and poverty throughout their countries.

When Islamic leaders preferred a simple life, Muslims lived in peace and prosperity. Islamic countries became a role model in all aspects of life for the rest of the world.

On the contrary, when the leaders began living separately in luxurious palaces, then they neglected the people that they were meant to serve, and as a result, most of the population suffered for various reasons.

Today almost all Muslim leaders live in palaces, and none of the Muslim countries is fully developed. In most of Muslim-majority countries, there is no real peace and economic prosperity.

Again, most of the contemporary Muslim leaders or their children contrary to Islamic law, take advantage in engaging in business and trade.

Is there any correlation between peace, economic prosperity, development of a country and leaders who live in palaces?

According to Ibn Khaldun (1332-1406) who is considered father of sociology and history by the Western scholars, there is a relation.

The scholars use “mabda-muntaha” for above mentioned great Muslim leaders. It means that the day when a human comes into this world has nothing and dies without taking anything.

Similarly, the day these leaders took position or office and the day they left or died, financially were same.

By applying this, the leader becomes a public servant as mentioned in the saying of the Prophet Muhammed (S) “the master of the people is the one who serves them”(Daylamî, Müsned, II, 324). Under public servant’s leadership, Islam flourished, peace is established and countries develop.

In  Islamic history, the leaders who lived in palaces are forgotten, but those who lived as ordinary citizens are remembered and honoured.

There is a proverb. The fish always stinks from the head downwards.  For overcoming crises in most Muslim countries there is a need for leaders like Umar ibn Abdul Aziz and Saladin who lived simply, acted justly and did not leave any inheritance but only  a little money which was sufficient for their funeral service. 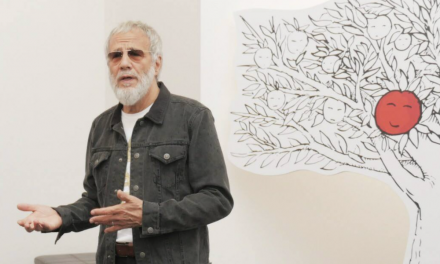