One Nation claims they are not racists, and, in all fairness, in view of the fact that Islam/Muslims are not a race, they are correct in that respect.

But, some of One Nation’s policies on Islam appear to be self-defeating.

So Muslims in Australia are already following the Sharia. Does One Nation really want to stop them from doing all of that?

Curiously, they also want to stop Muslims politicians from being sworn in to Parliament using the Qur’an but, surely, it’s preferable to have all Members of Parliament sworn in, to uphold the Australian Constitution on something they believe in.

Muslims swear on the Qur’an to show their sincerity about what they are swearing to, but, it seems, One Nation’s paranoia has no bounds.

The most concerning One Nation policy, relating to Islam, however, is that they want Section 116, of the Australian Constitution, changed. According to Wikipedia, that Section of the Constitution “precludes the Commonwealth of Australia (i.e. the federal parliament) from making laws for establishing any religion, imposing any religious observance, or prohibiting the free exercise of any religion.”

So, in effect, they want to give the Government the power to decide what religion people can/can’t/must follow!

But, seeing as Islam is the fastest growing religion in the world, what are they going to do if Australia ever becomes a Muslim majority country? Do they really want to change the Section of the Constitution which, essentially, separates the state from the church/mosque?

Well, it seems, they may have that possible contingency covered because, according to another One Nation policy, they also want to stop Muslim prisoners from having halal certified food!

So, perhaps, after changing the Constitution, they will throw all Muslims in jail and starve them, for following a religion which, I assume, they would ban if given the opportunity!

One Nation may not be racist, but they seem a little bit Nazi to me.

Plan of their own? 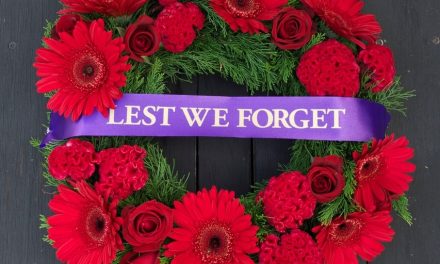