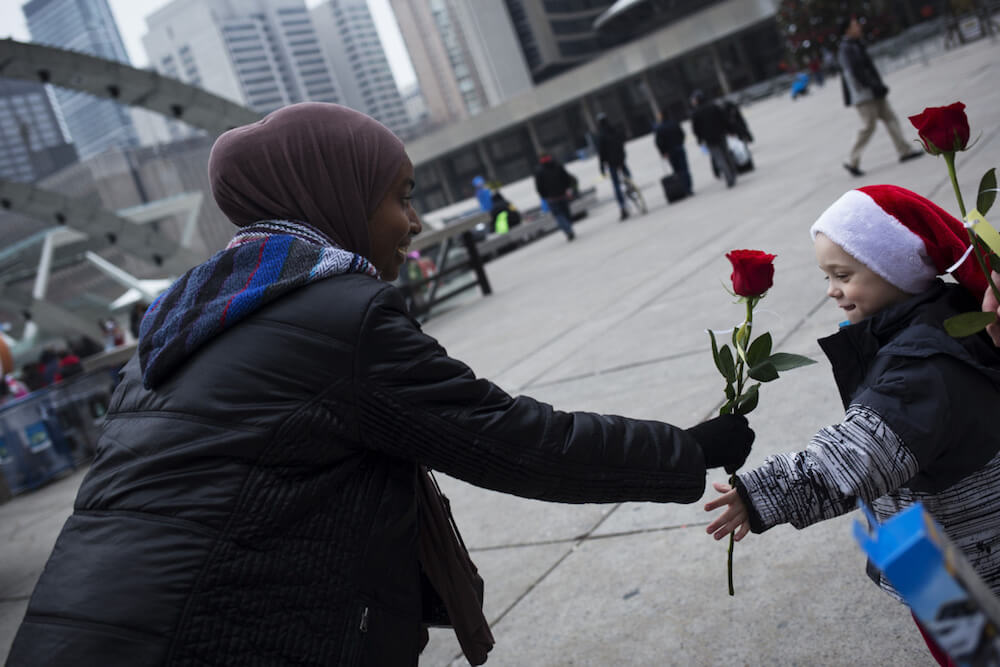 The attack upon the character and life of Muhammad (s) is part of an attempt to delegitimise the message and the civilization it established.  Included in this is ‘perhaps the most invidious insult…that he (Muhammad (s)) overcame his foes with terror only to rule them with cruelty.’

A paper from the Yaqeen Institute “How the Prophet Muhammad Rose above Enmity and Insult,” remarks “how Islamophobia, and its associated fear mongering are truly blessings in disguise.” Blessings, because they are forcing us to investigate our Prophet and “to rediscover his character anew.”

The 70 incidents in this paper, in which the Prophet (s) rose above enmity and insult, not only serve to illustrate the compassion and depth of wisdom of Muhammad (s), but in the words of the authors “to inspire the followers of Muhammad to demonstrate mercy and benevolence in the face of insult as their Prophet did.”

In the first 10 years of Islam in Mecca, when the Prophet (s) and the small Muslim community were subjected to oppression, important principles of Islamic spirituality were established. Muslims are generally well informed about the ill treatment heaped upon the faithful during this period.

However we may not have understood the main lesson – to not allow our emotions and actions to be hijacked by our own egos, by Shaytan, to the point where our decision making is driven by those emotions rather than the message of Islam or the example of Muhammad (s).

An illustration of his honesty and adherence to agreements made is his insistence that the valuables entrusted to him, often by his persecutors, should be returned safely. When forced to flee to Madina, he left Ali (r) behind in Mecca to return all the trusts left with him.

In another incident the great Rabbi of Madinah, Zayd b. Su’na lent the Prophet 350 grams of gold. A few days before repayment was due he accosted Muhammad in the street, demanding his gold be returned immediately. Muhammad instructed Omar to repay the gold and give him a quantity of dates as recompense for Umar’s furious response to the unjust request. Zayd embraced Islam, stating to Umar (s)  “there was not a single sign of prophethood except that I recognized it upon looking at Muhammad’s face – except for two that I had not yet seen from him: that his tolerance overcomes his anger, and that intense abuse only increases him in forbearance. I have now tested these…”.

There are many incidents in which attempted assassins were forgiven. A coup attempt by Abdullah b. Ubayy was forgiven.  Muhammad (s) even prevented the Muslim tribe of al-Yamama from stopping the provision of grain to the Quraysh. Although they were at war with the Muslims, Muhammad (s) understood that innocent people behind enemy lines would be harmed. This was despite the fact that for years those same Quraysh had boycotted his clan and exiled it from the city, causing terrible suffering.

His magnanimity at the conquest of Mecca, even restoring the keys of the Kaaba to the family of Uthman b. Talha, who had blocked his access to the sacred place, further emphasized his compassion.

As Aisha (r), who lived with him for many years, related after his death, he never struck anyone unless he was fighting in the cause of Allah, he never took revenge upon anyone for the wrong done to him and would only carry out legal retributions for the sake of Allah when the injunctions of Allah were violated.

The article on the website of the Yaqeen Institute is well worth downloading for the information it provides. Our Prophet (s)  is the embodiment of Islam and the more familiar we become with his example, the better Muslims we can become, inshallah.