There was a lot of chatter towards the end of December 2016 on social media by young Muslims on how to deal with Christmas and New Year celebrations.

Amongst various opinions ranging from one extreme to the other, Fatwa was being passed as to the haram aspects of these celebrations with quotations and misquotations of Hadith, as if it was a matter of life and death for Muslims to tackle this issue.

While the world was celebrating the achievements of 2016 and planning for further progress in 2017, Muslims were bickering over outdated fiqh rulings for and against dealing with Christmas and New Year greetings to our Christian neighbours and work colleagues.

While 2016 has been a disaster for Muslims in terms of intra-Muslim warfare, terrorists attacks against innocent people, Muslims or others, suffering and starvation amongst Muslims due to man-made disasters, chaos, corruption and destruction in one Muslim country after another, rise of Islamophobia on a global scale with anti-Muslim elements gaining electoral power in most Western democracies, here we are, wasting our energy on non-issues.

How pathetic it is and how it shows the bankruptcy of our thinking.

This state of affairs calls for some lessons from history.

Indian Muslims have a glorious history where they ruled India for almost a thousand years as a minority. With the confluence of Muslims of Arabic, Turkish and Persian origins and of course the indigenous converts to Islam, they established a rich civilisation in India.

They were proud of their religion, culture, strong, brave, rich and powerful and made great advancements in language, poetry, law, architecture, civil and military administration.

As a result of their more advanced way of life, the non-Muslim majority in India adopted Muslim culture, arts and sciences, education, language, cuisine, dress and etiquettes. This reached the peak during the Mughal rule.

However, when the rot set in with the balkanisation of the Mughal empire during the 18th century, Muslims rule declined in India.

While the British starting from their foothold in Calcutta were conquering one princely state after another in India, the ruling rich Nawabs of Lucknow (Awadh) were busy with games of chess, kabootarbazi (pigeon flying), and patangbazi (kite flying) while Ulama were bickering over the number of buckets of water that needs to be taken out of a well should a pig fell in there in order to make water Halal. And this way Muslims lost the whole of India to a foreign company.

Today Muslims are dominated by a much more powerful culture, are weak, divided and dis-empowered. Hence their poor condition. Bickering over simple and outdated fiqh out of time and out of place will not solve their problems.

Muslims need to deal head on with modernity, need to find ways and means to get empowered, united with a purpose, educated, wealthy and innovative to live in the contemporary world successfully in peace with people of other faiths and cultures in this global village.

So, let’s get away from small thinking, prioritise, think big, aim high and plan and work towards empowering the ummah than fighting over non-issues and breaking relationships over minor differences in fiqh. 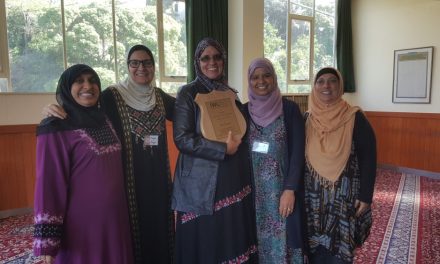