Muslims all over Melbourne held their breath as the identity of the Melbourne’s Bourke Street car attack ‘terrorist’ was released.

The massacre, that took the life of five people including a 3 months old Muslim baby Zachary Bryan and injured more than 15 people took place on Friday 20 January 2017.

What followed was a huge sigh of relief.  Thank God he didn’t say he was Muslim.  Thank God there won’t be another wave of racism and retaliation against the Muslim communities in Australia.  Thank God this time we get to mourn the loss of lives in this catastrophe along with our fellow Melbournians without being made to feel like we’re personally responsible.

Dimitri Garsasoulas tried very hard all that week to get arrested.  In fact, according to media sources, court documents show Gargasoulas has been trying to get locked up since April 2016 with a string of alleged offences ranging from dangerous driving, theft, breaking a taxi window, police pursuit and more.

On the day he terrorised Melbourne, and yes he did ‘terrorise’ in the core definition of the word, he stabbed a person, kidnapped another person and recklessly drove in the heart of the city before causing death, injury and trauma to many.  He struck terror and fear in the hearts of Melbournians.

Gargasoulas has many similarities in character to Sydney’s Martin Place attacker, Man Monis, and his pattern of behaviour is really no different to all the other ‘regular’ terrorists that have been profiled and recruited by extremist groups.  Without flaw every time there is a history of violence and mental illness.

It’s interesting watching mainstream media tiptoeing around the term terrorist on this occasion even though the end result is relatively comparable, especially comparable to the terrorist attack recently in Berlin.

Is this a reflection on our lack of investment as a nation in mental health?  Are we doing enough to address the problem at grassroots level?  Who’s  political agenda is supported when we wait until these violent people with mental illnesses are actually recruited by extremists?

Fear, and the racism that follows, is the first easy step towards causing division and friction in otherwise strong, cohesive communities that have lived peacefully for centuries.

The day after Trumps inauguration, an Asian woman in Sydney, with broken English, racially attacked a Muslim woman wearing a niqab, banging on her car window and calling her a terrorist.

Welcome to the post-Trump world where everyone is free to be racist without discrimination.  All the fear-mongering and extremist propaganda appears to be successful in causing division even amongst minority groups.

History shows that multiculturalism isn’t a modern concept.  People have the innate ability to live in peace, abiding by the laws of the land in which they reside.

What political or religious agenda has any terrorist achieved other than discrediting Muslims and raising the platform for the likes of Donald Trump and Pauline Hanson?

If anything the terrorists are assisting, it’s their political agenda and not of actual Muslims’.

Structure of Salary and Wage in Australia 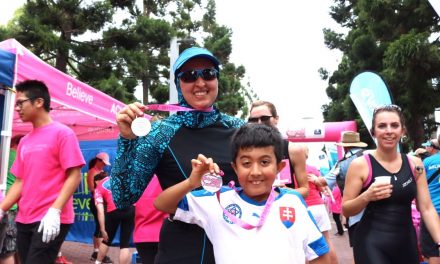