When looking at all the chaos happening in the middle east and the recent Syrian crisis, it’s easy to become cynical about the number of refugees around the world.

There is generally a sense of feeling powerless and not knowing what to do to help. However, Sydney-Based humanitarian, Shay Saleh, has spent the last few months planning an initiative to serve a small part of humanity.

According to UNHCR, an estimated number of 11 million Syrians have fled their homes since the outbreak of the civil war in 2011. The UN states that Syrians are officially the largest national group crossing from the Mediterranean to get to Europe.

With a background in nutrition and health promotion, Saleh plans on visiting displaced refugees in Greece with a team of 25 health professionals to volunteer on a Malnutrition & Medical project.

To make this happen, Shay started a fundraising campaign to raise donations for the children and families in refugee camps in Greece. The money donated will help provide refugee families with free healthcare, nutritional supplements, food and general care and support.

The donations will cover the costs of sanity items, stationary, learning resources, supplements, and warm clothing which will ideally be purchased from Greece to support local businesses.

As cliché as it is, no amount is too small. If only people realised that even their tiny donation of a couple of dollars is literally a lifesaving amount for a new-born baby… “To my amazing, generous donors – here’s how your moula is being spent. A couple of scarves, 3 booties, 5 mittens and 46 beanies. Little ones in refugee camps will be getting a warm surprise in a couple of weeks.” Saleh posted on her Facebook.

With a goal of $1500, anything is possible! Saleh says she’s blown away with the amount of money raised. With only a few days to go, the campaign is currently sitting with $1800.

The organiser of the humanitarian project is a non-profit organisation, Involvement Volunteers International.

Saleh will be travelling with a team of 25 health professionals including doctors, paediatricians, nurses, physiotherapists, and nutritionists to help improve the conditions of refugees and bring a sense of happiness and well-being back into their lives.

“I never pictured my first trip to Europe would be like this. I’m excited, nervous, and overwhelmed – it’s a crazy kaleidoscope!”, Saleh said.

Saleh will specifically be working on infant nutrition and reproductive and female health. She suggests that by improving the education around breastfeeding and coming up with alternative strategies, the health status and survival rates of the babies will be significantly improved.

“You can’t change the world, but you can do small things that can influence the course of another person’s life”, Saleh added.

Saleh hopes not only to achieve improvements in the health of Syrian refugees but to leave a personal positive impact behind. 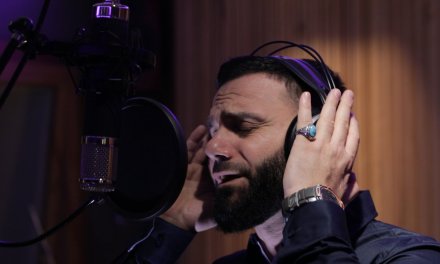 Billal Mourad: A talented nasheed artist to listen to