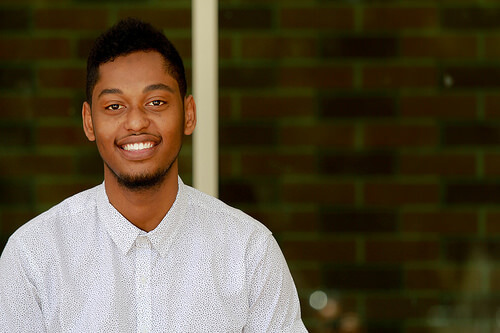 Alim’s  is a remarkable story, from Somalian refugee to accomplished high achiever, Social Innovator, and co-founded of an innovation lab to solve issues of contemporary concern. His work has attracted partners from the Australian Government to Google and the US Department of State.

Alim’s many achievements include a program he launched virtually combats violent extremist propaganda.

His work has been recognised by the Royal Commonwealth Society where he was enlisted as one of Queen Elizabeth’s Young Leaders as well as the World Economic Forum where he recently keynoted at their Annual Meeting in Davos.

Completing an honours degree in Finance a year ago, Alim’s goal is to create hubs or ‘lighthouses’ around the world to promote social impact and youth entrepreneurship. He’s set his sights on innovation challenges to empower more young Australians to solve international issues including the global refugee crisis and Indigenous disadvantage in the West.

“I’ve always been interested in global issues such as human migration and national security. Through my current work, I’m able to intersect these interests with my passion for youth entrepreneurship,” Alim said.

Alim came to Australia as a Somali refugee at the age of five. At 24, he is pursuing studies through Stanford University. Now, through the Lighthouse Strategy, Abdullahi runs ‘hackathons’ – fast-paced and intense exercises that bring bright young innovators together to develop solutions to global challenges.

The Lighthouse Strategy aims to address issues of contemporary concern through Hackathons – a series of fast-paced and intense exercises where teams are given 48-72 hours to develop a prototype product, service or strategy. In less than nine months, he has attracted partners including the Australian Government, Google and Twitter and is now set to be part of the Hive Global Leaders Program.

Next on the agenda for Alim is the Hive Global Leaders Program in the United States. The four-day residential program will bring together innovators from around the world to workshop ideas which can solve humanity’s greatest challenges.

Alim also plans to expand the reach of his company with a series of DeadlyHacks tackling Indigenous disadvantage as well as StemHacks to combat the gender innovation bias in science, technology, engineering and mathematics. 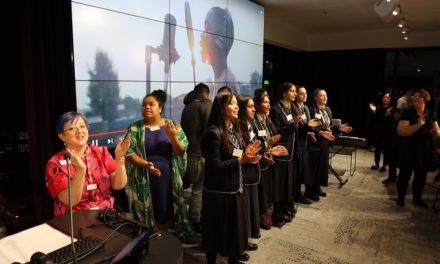