During this past month the world has witnessed yet another terror attack in Europe, this time in Berlin when 12 people were killed and 50 injured as a truck was intentionally driven into a crowded market place.

That the attacker, a radicalised Muslim, was later shot and killed in Milan, Italy, brings no comfort to those who have been the victims of this so-called “relentless war of ‘Islamist’ terrorism.”

On the other hand, Australia has been more fortunate due to the vigilance of the Victorian Police.  On 22 December four people were arrested and have since been charged as they allegedly prepared to detonate explosives in the heart of Melbourne.  It has been mentioned that suicide bombing was part of the plan to disrupt and kill or injure a large number of Australians during the Christmas period.

The Victorian Premier, Daniel Andrews, referred to the alleged plot as “an act of evil”, further stating that “it was not an act of religious observance or faith.”  To the vast majority of Muslims his statement was very welcome, and a truth which unfortunately will not be accepted by those who wish to see an end of Islam in this country.

Terrorism a tool of the unscrupulous

This topic relating to terrorism has to be explored.  As Australian Muslims our loyalties to Australia and the Australian people have been called into question.  This is particularly by those who have accepted the Right Wing version of Islam and judge all Muslims to be terrorists.

Truth matters little to these people as they exclude entirely the facts as presented by Islamic Scholars.  Every terrorist act, every life lost suits their purpose.  They, as do the terrorists they abhor, believe that radical Islam is truth and the vast majority of Muslims are not really Muslim.

We have seen in the past how fear has been used: dividing populations; enabling manipulation of nations, and justifying the worst of human behaviour.  One has only to look back to the Holocaust to see fear and hatred played out in its entirety.

Religiosity does not necessarily mean Godliness.  History is littered with torture and barbarity carried out under the misconception and misdirection of those considered “religious”.  As Muslims we also need to have complete knowledge not only of the letter of the law, but of the spirit of Islam.  So here we ask ourselves the questions which so many non-Muslims ask.  Does Islam condone terrorism?

The short answer is: “Absolutely not!”  Was Islam responsible for the 9/11 devastation in the US?  Again we reiterate, “Absolutely not”.   Whoever the people were who planned and carried out that crime against humanity, one thing is known above all else, Islam was not the motivation, nor yet the rule, to which the instigators adhered.  The whole operation not only ran contrary to Islam, but created enormous pain and hardship for Muslims worldwide.

It must be said that those who are carrying out acts of terror, while professing to be Muslim are manipulated or deluded. Thus we see many who are ignorant or from criminal backgrounds gravitating towards a radicalism which completely negates the loving-kindness, justice and mercy of Allah, as well as the gentle teachings of the Prophet.

We hear of “Fundamentalist” Muslims, “Followers of the Qur’an”, “Jihadi” Muslims, and “Holy War” to mention but a few.  What do these terms mean to Muslims?

Firstly, the word Fundamentalist belongs to Protestant Christianity (noted circa 1920 in US).  In a number of cases it is a militant form of Christianity which upholds and in some cases funds international division considering it to be required of them.  If it were to mean believing in the fundamentals of Islam that would be fine, as certainly terrorism has no part at all.

Secondly “Followers of the Qur’an” – As long as one doesn’t follow the Qur’an there are those who believe it may be acceptable. They choose verses to present as the message of the Qur’an. They know nothing of its history, teachings, science, beauty and poetry.  There is, however, one aspect which is very important for Muslims to note:  While the Arabic text never changes, make sure that the translation of Qur’an that you have is correct.

At present there is a petition being circulated to have sales of Qur’an stopped by Law.  Obviously they have read neither the Old Testament nor the New. We are now getting to the book-burning stage it seems.

Jihadi’s:  This terminology was popular with the media.  Certainly being used to describe Terrorists is just not on (regardless of how they themselves view it)!

The word “Jihad” is a beautiful word which describes (firstly) the struggle one has to overcome the unlovely things in one’s life and striving to do what is good.  This was said by Prophet Muhammed to be the greater Jihad.   War, was considered to be the lesser Jihad.

Holy War:  This is the terminology of the Crusaders.  In Arabic, the words would be harbun muqaddasatun.   War itself, though considered the lesser jihad, had to be governed by the greater Jihad in that there was a definite code of war in which chivalry and decency were a part.

Jihad and the code of war:  One of the great teachings in Islam is that terrorism has no part in the life of a Believer – whether in times of peace or war.  War, while being

Lawful, in necessity for Islamic nations, carries with it conditions which remind that it can never be entered into lightly, that awe-inspiring responsibilities have to be maintained and carried out.

First and foremost it has always been emphasised that aggression, oppression and pre-emption are totally against the Islamic religion and code of conduct for Muslims at all times.  War for Muslim nations is only ever permitted under certain limited circumstances:

Aggression: “To those against whom war is made, permission is given (to fight) because they are wronged” (Q.22:39)

Seizure of land and possessions: “And for those who have been expelled from their homes in defiance of right – (for no cause) except that they say, ‘Our Lord is Allah’ (Q.22:40)

To protect houses of worship: If Allah had not checked one set of people by means of another, there would surely have been pulled down monasteries, churches, synagogues and mosques in which the name of Allah is commemorated in abundant measure.” (Q.22: 40)

Against Oppression: “…for those who, being weak, are ill-treated (and oppressed) – Men, women and children, whose cry is: ‘Our Lord! Rescue us from this town whose people are oppressors……” (Q.4:75)

When war must not take place or continue: Where dialogue and peaceful means will prevail, or if the aggressor calls for peace, there must be cessation of all hostilities: But if they [enemies] incline to peace, incline you to it as well, and place your trust in Allah; verily He Alone is all-hearing, all-knowing. And should they seek but to deceive you (by their show of peace) – behold, Allah is enough for you!”(Q8:81, 82). Therefore we must accept that pre-emption is not a solution in Islam, regardless of any lingering suspicions.

Civilians not to be attacked or subjected to harassment – Their lives are a sacred trust.

Animals and the environment not to be wantonly harmed.

Slaying in battle if necessary to be done quickly – as mercifully as possible.

Mutilation of the living or the dead strictly forbidden.

Prisoners of war to be treated humanely and torture never to be an option Even Muir, a well-known outspoken Orientalist, wrote the following:  “In pursuance of Mohomet’s commands, the citizens of Medina and such of the refugees as possessed houses, received the prisoners and treated them with much consideration.”

No religious coercion.  We remember the words of the Qur’an (2:256). “Let there be no compulsion in religion” which is a measure at all times.  However, of request for asylum it was written: If one amongst the pagans asks thee for asylum, grant it to him so that he may hear the Word of Allah; and then escort him to where he can be secure.  That is because they are men without knowledge.” (Q.9:6)  This is also proof that it was not required of the person to become Muslim, for those who did so stayed with the Muslims.

Jesus is reported to have said of true Christians that just as trees bring forth fruits, they too would be known by their fruits, whether good or bad.  The same may well be said of all believers, Muslim included.  However, what does the Qur’an say of those who are Muslim?

The profile of true Muslims may be seen in the following Qur’anic text:

It is not righteousness that ye turn your faces towards East or West;

But it is righteousness – to believe in Allah and the Last Day,

And the angels, and the Book, and the Messengers:

To spend your substance out of love for Him,

For your kin, for orphans, for the needy, for the wayfarer,

For those who ask, and for the ransom of slaves;

To be steadfast in prayer, and practice regular charity,

To fulfil the contracts which you have made,

And to be firm and patient, in pain (or suffering), and adversity,

and throughout all periods of panic.

It should be said that to be a true Muslim one must also be a good neighbour and citizen.  The Prophet of Islam said regarding Muslims and their neighbours: “Nobody can be a true believer unless his neighbours feel safe and secure from his side.”  Again he has said: “Do you know what the rights of a neighbour are?  Help him if he asks your help; give him relief if he seeks your relief; lend to him if he needs loan; show him concern if he is distressed; nurse him when he is ill; attend his funeral if he dies; congratulate him if he meets any good; sympathize with him if any calamity befalls him; do not block his air by raising your building high without his permission; harass him not..”

Therefore we reiterate:  Terrorism is non-Islamic and certainly non-negotiable! 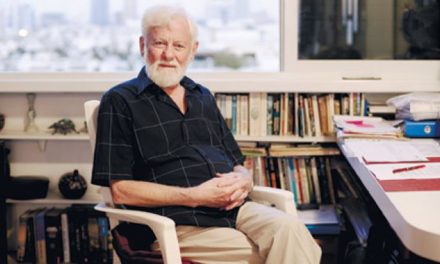