The Annual General Meeting of the Australian MEFF Consortium, organisers of the Multicultural Eid Festival & Fair was held on Sunday 6 November at 206 Humphries Road, Bonnyrigg, Sydney with the presentation of the Annual Report and election of Trustees,  Management Committee and selection of Office bearers.

This year was a great challenge for MEFF as a number of Eid festivals were being held in surrounding suburbs some on the same weekend.

A new constitution based largely on the model constitution for Australian MEFF Consortium developed over a period of almost a year during two retreats was finally passed in a special General Meeting (SGM) held on Sunday 23 October.

President, 3 Vice Presidents need to be selected from within the MACO while other positions can be either filled from MACO or from other ordinary members of the non-prophet organisation.

A Patron will be appointed by the MACO and a Festival Committee will be constituted at a later stage.

The results of the elections are as follows:

More to be added. 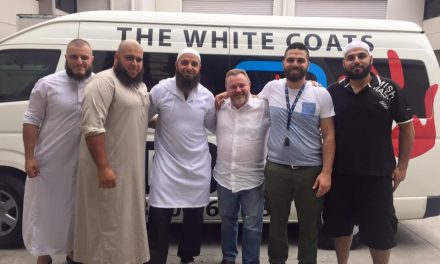 Who are the White Coats?