Arba’een commemorates the 40th day after the martyrdom of Imam Hussein (r), son of Imam Ali (r) and the grandson of Prophet Muhammad (s).  which falls on the 20th day of the month of Safar.

Imam Hussein (r) together with 72 companions were killed by Yazid’s army in the Battle of Karbala in 61 AH (680 CE).

In the words of the English historian Edward Gibbon: “In a distant age and climate, the tragic scene of the death of Hussein will awaken the sympathy of the coldest reader.”

In commemorating Imam Hussain’s (r) martyrdom, millions walk every year from the city of Najaf to Karbala a distance of 85 km for three days from all over Iraq and neighbouring countries as well as from all over the globe.

Millions of pilgrims dressed in black come in buses, on foot, on crutches, in wheelchairs, the handicapped, hobbling or crawling, the young and the old, stream into Karbala chanting “Here I am O Hussein” having travelled hundreds of km to be present there on the day of Arba’een.

Arba’een is unique because it takes place against the setting of chaotic geopolitical environment. Even though it is a distinctively a Shia spiritual exercise, many Sunnis, even Christians, Yazidis, Zoroastrians, and Sabians take part in both the pilgrimage as well as serving the pilgrims. Some Iraqi Christian religious leaders also joined the delegation from the Vatican.

This can only mean one thing: people regardless of color or creed see Hussein (r)  as a universal and borderless symbol of freedom and compassion.

The astonishing welcome that the Iraqi people give the pilgrims is unparalleled.  The pilgrims do not need to carry anything on their journey except the clothes they wear.

They are offered fresh meals to eat and a space to rest, free international phone calls to assure concerned relatives, baby diapers and practically every other amenity totally free of charge.

No one asks about one’s religion or sect, every pilgrim is considered honorable and gets treated like royalty. Even the dirt from under the feet of the pilgrims is considered a cure for disease.

The Iraqi people treat the pilgrims with utmost reverence simply because they are visitors of Imam Hussain (r).

Arba’een needs to be listed in the Guinness Book of World Records in several categories: biggest annual gathering, longest continuous dining table, largest number of people fed for free, largest group of volunteers serving a single event, all under the imminent threat of violence sweeping Middle East in general and Iraq in particular.

What motivates these pilgrims and their hosts to such love is something that requires an understanding of the character and status of Imam Hussein (r) and the spiritual relationship that those who have come to know him have developed with this living legend.

Imam Hussain’s (r) tragic story encourages, inspires, and instigates change for the better and this ardent love keeps increasing as can be seen from the increasing millions of pilgrims every year commemorating his martyrdom for justice and peace. 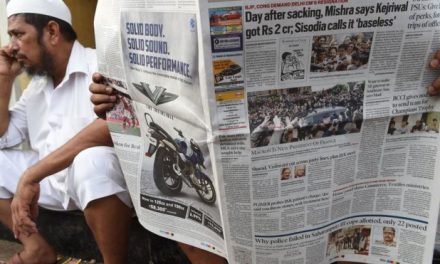