Muslims are not only the victims of external aggression but also suffering from internal divisions and oppression by fellow Muslims.

There is something fundamentally wrong where Muslims can not work together in an amicable way to solve their problems in and among Muslim countries.

Difference of opinion leads to the opposition groups considering each other as enemies and hence feel justified in using force against each other.

The recent example is that of Turkey. With democratic governance, rapid development and modernisation hand in hand with Islamisation, specially during the last decade, Turkey emerged as a role model for other Muslim countries to follow.

A lot of grass root work for Turkey’s Islamisation process and development of a civil society nationally was carried out by people inspired by Sheikh Fathullah Gulen.

Indeed, the success of Islamically inspired political parties including that of President Erodogan, Justice and Development Party (AKP) in competition with Kemalists and leftists can also be credited to the support given by the followers of Gulen.

Under the leadership of Erdogan, Turkey has made great progress. But power corrupts, and after the accusation of corruption against Erdogan in 2013, he started considering the followers of Gulen as enemies and embarked on a pogrom of oppression.

By using authoritarian power, he embarked on destroying Gulen inspired institutions. This oppression became even more ugly after the attempted military coup, that was condemned by all including Gulen and his followers.

In a communist style purge of any opposition, tens of thousands of people have been sacked from their jobs, thousands have been arrested and the great institutions build by followers of Gulen have either been closed or taken over.

While there has neither been a call for violence by Gulen nor a single act of violence committed by the followers of Gulen, they are being now called terrorists.

You don’t treat your opposition like this as sworn enemies. Where is the sense of justice?

The same treatment is being meted out to opposition in many of the other Middle Eastern countries. Opposition is not tolerated and force is used to suppress any opposition. This leads to further violence.

After deposing the elected Morsi government in Egypt, the military strongman el-Sisi has put tens of thousands of people in jails declaring them as terrorists. Many have been killed and a large number are being tried on fictitious grounds.

In Syria both sides, the government as well as the opposition considering each other as enemies are bleeding one another and committing atrocities. Outside interests and influences are further adding fuel to the fire.

In Iraq there is a war being fought against ISIS and one can imagine what kind of atrocities will be committed against the civilian population during this process.

While the Yemenis are starving, they are in combat with each other considering fellow Yemenis as mortal enemies. Again outside influences are further escalating the infighting with the Saudi coalition engaged in bombing hospitals, schools, funerals and so on.

It is time that Muslims realise, not to treat opposition as enemies and safeguard their human rights and deal with them with justice. 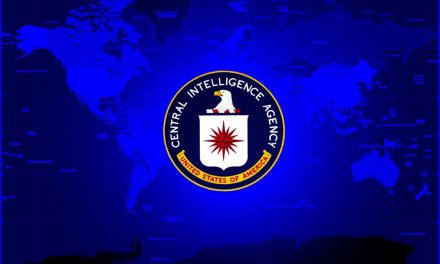